This Is Where It Starts...Adventures in Nib Grinding


As much as I wish that I could say that I was the one performing the nib grinding here, that honor goes to another. Tommy Ly is a pen dealer from Los Angeles, CA with whom I had previously become acquainted through a pen swap. After seeing his business card (he has a very nice business card), I asked him about nib grinding and adjustment, as I had a pen on which I was interested in having work done. Tommy told me that he would be willing to take a look at it, and I shipped it to him, as soon as possible. 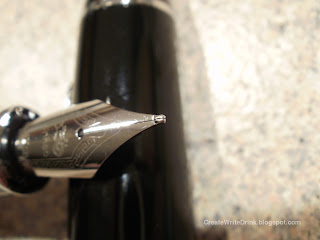 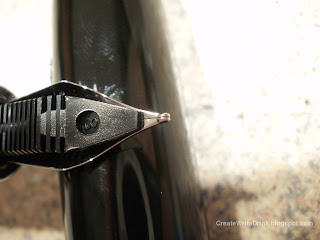 The pen in question was a Jinhao #159. The #159 had no problems, but the nib was a medium, verging on a broad, and its very wet writing made use on all by the best paper a bit of a mess. My handwriting, unless I use very large strokes, does not work well with a broad nib. 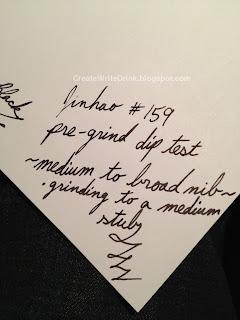 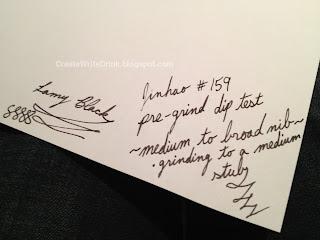 When first contemplating what to have done with the nib, my thoughts went to the stub nibs that I own (a Pilot Plumix and a Pilot Pluminix, both with medium stubs). "How about a medium/broad stub for the #159?" I suggested. He thought that this would work well, so I mailed the pen to him and eagerly awaited word. After what felt like a long time to my eager mind (and yet was really not long at all...about a week), Tommy sent me this picture, and my enthusiasm multiplied: 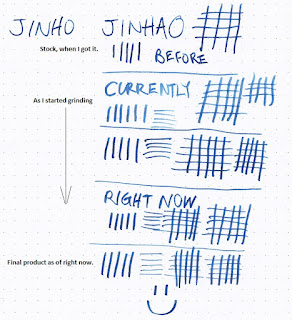 The widths were exactly what I had in mind, and I was anxious to try it for myself. Today, my Jinhao arrived in the mail, bundled in bubble wrap, all cozy in its protective layer, which was quickly stripped away. Removing the cap, I spent a few minutes gazing at the nib, turning the pen over and over in my hands. The nib appeared much smaller than the massive original! I had been saving a sample of Noodler's Van Gogh Starry Night Blue, specifically, to try for the first time in this pen, and I eagerly filled the Jinhao. In a matter of minutes, the ink began flowing, and I began smiling brighter. Tommy's work was well done and successfully managed to capture the grind for which I was looking.

As he says, "Enjoy life, and keep on writing!" And with this freshly ground nib, I shall do just that. 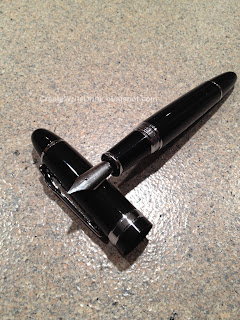 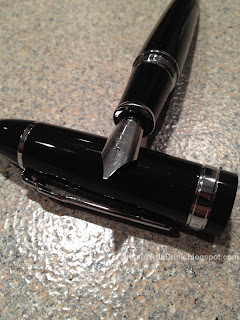 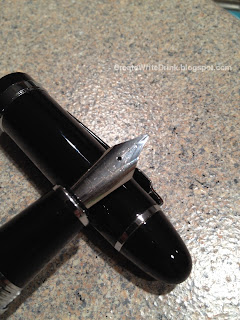 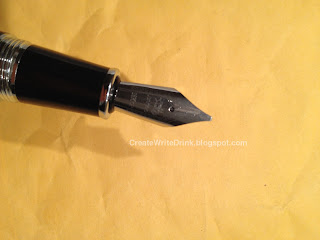 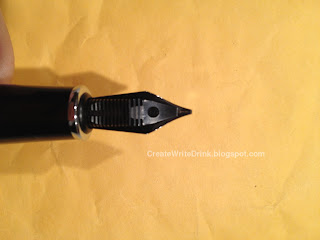 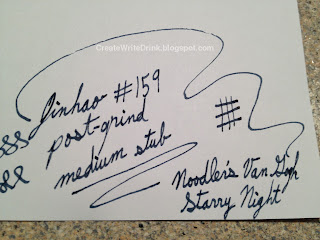 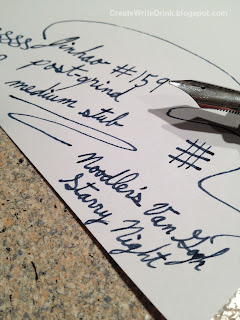 Please feel free to post comments or questions!
Posted by Spencer at 5:45 PM