A Review of the J. Herbin Rollerball Pen

First Impressions (7)
This rollerball looks classy! The silver-topped cap with “J. Herbin” printed on the side strike me as quality from first glance. Additionally, this pen is fairly short compared to many rollerball pens. The clear plastic worries me a bit, in regard to build quality. Uncertainty, as to my feelings regarding this pen, abounds. 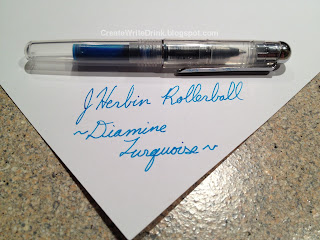 Appearance (7)
The silver-topped cap and the silver accent band blend well with the clear plastic, and they highlight it well. The pen is very simplistic, but its charms do not lay much with the appearance. 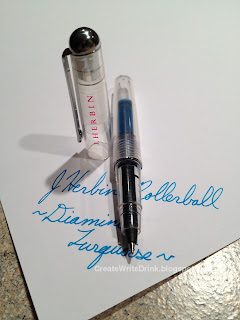 Design/Size/Weight (10)
This pen is light - very light. Between the all-plastic construction and the use of short cartridges for filling, I might even term it a featherweight. Yet, holding it still feels comfortable. I was actually surprised at how comfortable the pen was to hold, because of how short it is. Posting the cap does increase the length, but I found that this made holding the pen less comfortable. While holding the pen, it is also obvious that the plastic body and cap are not as brittle as they might appear. Nib (8)
Reviewing this nib is difficult. On one hand, I want to say that it is a great nib for a rollerball fountain pen. In most of my use, I found that it did have slightly less scratchiness to it, as compared to the Platinum Preppy Rollerball and Noodler’s Nib Creaper Piston-fill Rollerball. That being said, it does have a bit of scratchiness, and I will not compare it to rollerball pen cartridges (which I have found to be much smoother), such as those from Mont Blanc, which involve a different ink system. 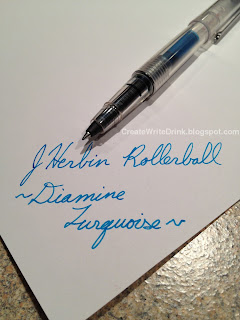 Filling System (10)
Versatility is the one word that I feel describes this pen, and that description stems primarily from the filling system. While it was meant to take short, standard international cartridges, this pen also may be used with the Monteverde Mini Converter. Between these two things, keeping this pen inked is no trouble at all. In my inspection of the pen, I suspect that converting it to an eyedropper-fill would be very easy, really only a matter of applying an o-ring and some silicone grease to the threads (after the small holes on the end of the pen are blocked with some sealant), but such a conversion may be more trouble than it is worth. 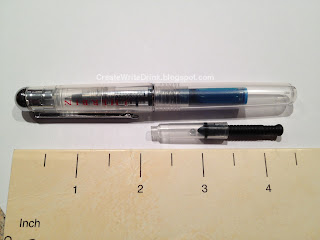 Cost and Value (9)
For 10 USD, retail, this pen is one of the least expensive rollerball fountain pens, short of dropping into a cheaper-quality price bracket (such as the Platinum Preppy Rollerball). The increase in quality of this pen over the Preppy is worth the increased price, in my opinion. 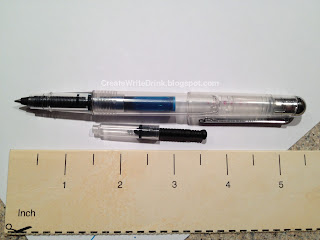 Conclusion (9)
A solid, small rollerball pen. Need something to carry in a pocket or purse and prefer rollerballs? Go with this. The versatility for such a use is wonderful. Looking for a rollerball to keep on a desk and use for long stretches of writing? Perhaps consider another option. I enjoyed this pen just as much as the Noodler’s Nib Creaper Piston-fill Rollerball, but the difference in filling method may cause some to prefer one over another. 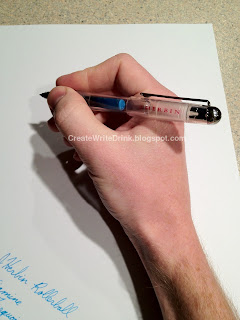 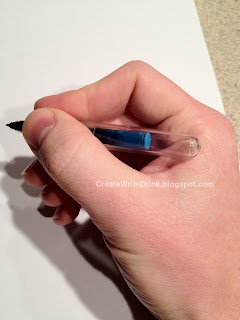 The J. Herbin Rollerball Pen can be purchased from the Goulet Pen Company, here. This review was unsolicited and uncompensated.

Feel free to post any questions or comments!
Posted by Spencer at 8:00 AM