First Impressions (8)
This pen is sleek, and the concept is cool! The clip looks a little cheap, though. 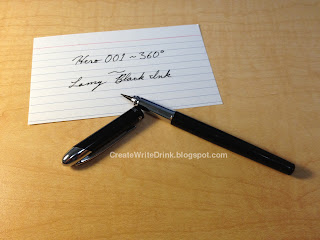 Appearance (7)
The pen itself is slim, larger at the cap than at the other end. Aside from the cap looking cheap, the rest of the pen, including the chrome elements, look decent. There seems to be quite a bit of writing on the cap, including some characters that I assume are Japanese, “001” (for the model of the pen), “360” and the degree symbol, and “HERO.” 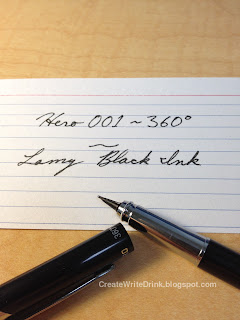 Design/Size/Weight (7)
Unscrewing the body from the section to get to the filling system is a bit rough. The metal does not thread together nicely. That aside, the cap fits snugly onto the body, and the grip feels comfortable in my hand, despite the slim profile, which is a feature that has been the downfall of other pens for me. The pen is light but has a core heft to it that reminds the user that this pen is made of metal and not plastic. 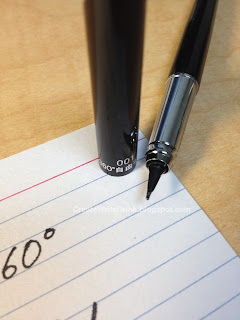 Nib (7)
The four-way, “360 degree” nib is partially successful. It does allow one to write from nearly any side of the pen, though sometimes it has to be rotated slightly so that one of the ink slits is in fully in contact with the paper. The nib is also slightly scratchy. 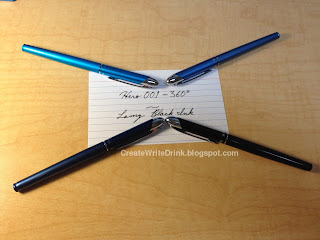 Filling System (6)
I had some trouble getting the aerometric filling system to draw ink into the sac without ejecting it on the next squeeze. Eventually, it did fill. The sac is fitted into the pen, so removing it for cleaning is not an option. 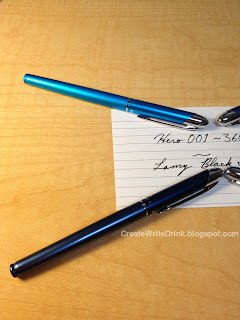 Cost and Value (8)
For less than 3 USD, this pen is inexpensive and unpresumptuous. Based on its performance and design, it is probably worth a bit more than this. 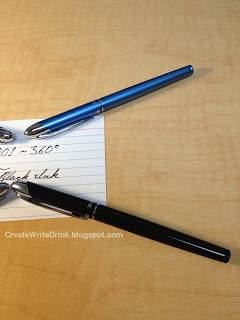 Conclusion (7.5)
This is a solid little pen and a worthwhile purchase, especially for those who are interested in trying a “360 degree” nib at a very low cost. That being said, I cannot see myself reaching this over other pens for a daily carry, even if they are some of the other Hero pens.

NOTE: This is (theoretically) the older version. The newer version of the Hero 001 appears to have a hooded, non-360 degree nib.

The Hero 001 - 360 Degree fountain pen is available in black, light blue, navy, and teal, and can be purchased from iSellPens.com, here. This review was unsolicited and uncompensated.
Posted by Spencer at 10:30 AM