An Update on the Nock Co. Kickstarter - Day 2 (Fully Funded!)

Wow...I do not think that Brad and Jeff at Nock Co. were ever expecting this kind of a response to their Kickstarter campaign, when it opened, yesterday morning! Within an hour, the $5,000 (US) goal had been met. As of me writing this, the project is 489% 491% funded with $24,498 $24,563...and it still has twenty-nine days to go in the campaign (including today). This has also brought their project onto the Kickstarter homepage, where it will hopefully gain even more publicity.

Well done, Nock Co.! They have created a great product and found a solid demand for it.

In response to many people asking for a standalone reward tier for the Sassafras (the five-pen case), Brad and Jeff have decided to answer the calls of the crowd and provide just that. So, if you have been hesitant about backing this project, because you were unable to get the Sassafras by itself, fear not! For a $15 pledge, you can now back a Sassafras-only reward tier.

A spotlight on the looks of this case with its bi-fold design, five pen or tool slots, and dual flaps to prevent your writing implements (especially the clips) from touching/rubbing/scratching/scraping each other: 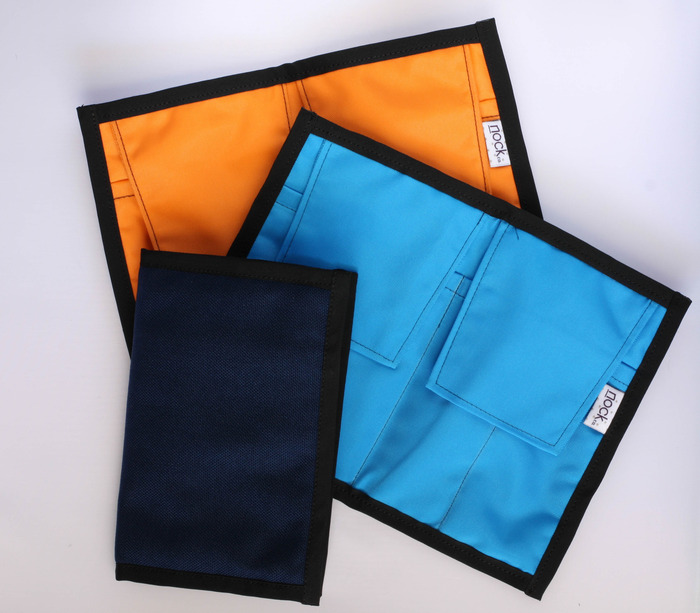 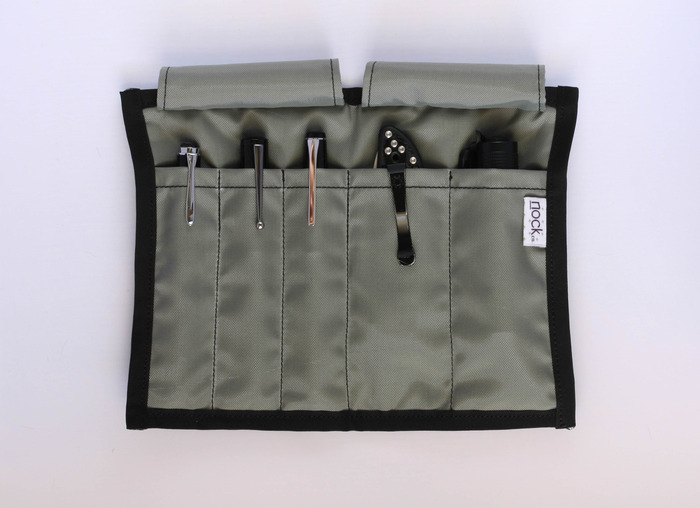 It will be available to backers in one of the three color schemes available at launch: 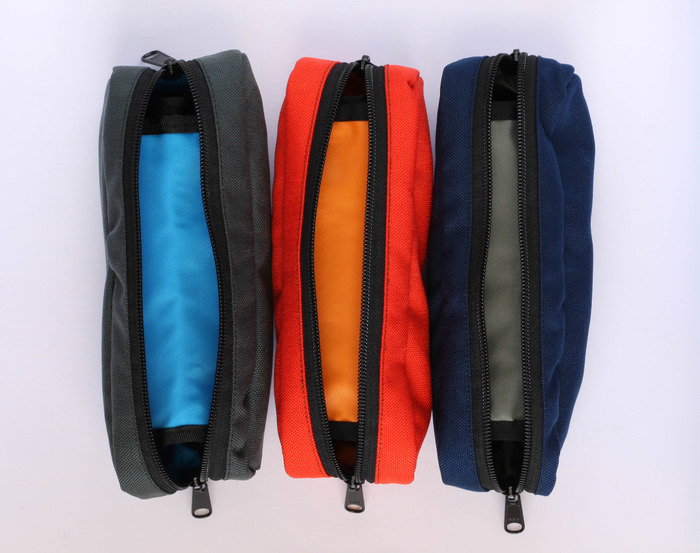 See the Kickstarter page for more details! For those who are backing this project, thank you! I know that Brad and Jeff really appreciate your support. If you are not yet backing Nock Co.'s work, I recommend checking out their Kickstarter page, here. Which case is your favorite?

This post was unsolicited and uncompensated.
Photo credit to Nock Co.
Posted by Spencer at 7:00 AM