Originally, the plan for the Grand TWSBI Review had been to work through the currently existing fountain pen models in a semi-logical order, based on model number. However, with the recent release of the TWSBI Tri-Tech iSmart Multifunction Pen, I wanted to provide all of you with information on this new writing instrument, as soon as possible. The ROC 100, 580, Mini, and 700 will wait. For an index of all of the currently-released reviews in this series and a brief background, see Part 1. Introduction, here. 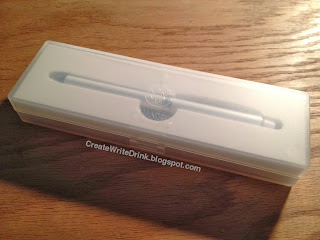 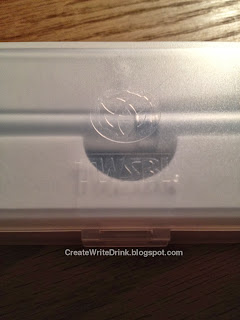 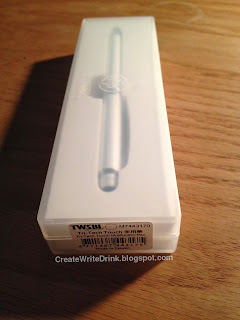 First Impressions (7)
When ordering this pen, I had not noticed that the white is slightly pearlescent. It is not bad and is very subtle. The pen is thin, though not quite as thin as a disposable ballpoint. It also clicks, which could annoy some people. (More on that later.) Good looking? Yes. Useful? We will see... 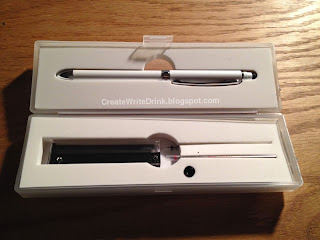 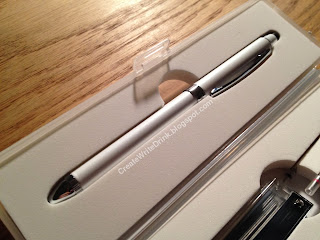 Appearance (8)
In typical TWSBI fashion, the Tri-Tech iSmart has been designed for a handy, yet stylish look. In fact, while most of their pens exhibit the casual look of demonstrators, the solid white (or dark blue) of the Tri-Tech “dresses it up” a bit. The body is plain, broken only by the chrome tip, mid-ring, clip, and end-ring. These, too, are unadorned chrome, except for the mid-ring with its engraved “TWSBI.” On the tip, the chrome is grooved around a portion, which suggests to me the ability to unscrew the tip. However, such is not the case, and this must have been placed here for an unknown purpose. I find these grooves to be located too far down on the pen to use as grips of any sort. Similar grooves are at the opposite end of the pen, near the stylus. These are purposed to help the user unscrew the piece that holds the stylus tip. Conveniently, the cartridge refills have a small colored ring on them for easy distinguishing. 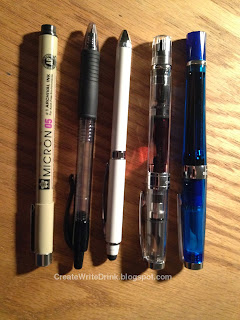 Design/Size/Weight (7)
One of the most noticeable attributes of this pen is its size. TWSBI has crafted this multifunction writing instrument to be just a bit thicker than a disposable ballpoint. With length, TWSBI seems to have found a functional, one-size-fits-almost-all length to accommodate as many hand sizes as possible. The step from one half of the barrel to the next is not too extreme, making it comfortable, no matter where that step lands on one’s hand.

As previously mentioned, the grooves on the tip do not serve as a finger stop, but by no means do they detract from the design. The clip is tight, but it does stretch and seems fairly sturdy. For testing the stylus, I turned to a coworker, who is a frequent stylus user, tapping (stylus-ing?) at several touchscreen devices, during the course of a typical day. When I first asked him to test the stylus, he was skeptical, as it is rubber rather than mesh (which makes a superior stylus in his opinion). Yet, after a short time of use, he stated that this stylus was better than many rubber ones, which he had previously used.

My two major design complaints come with the function-switching. While the actual switching between pens and pencil is simple enough - just twist the upper body - there is no true position to “close” the pen. Instead, a user must twist the body halfway, retracting the current tip but not extending the next.  The second complaint is related: because the hole in the tip is open so wide (probably to allow for ease of function-switching), the extended ballpoint will bend slightly and “click” against the side of the opening, when the pen is lifted from, and pressed to, the paper.

Changing refills is a simple matter of pulling the body in half. While not weighty, the pen has a nice, moderate heft to it, along with a fantastic balance. Finally, it seems to me that this pen looks remarkably like the Montesa Tri-Tech, which was once produced by TWSBI... This design looks to have improved on that one. In some respects, it is unfortunate that they removed the eraser in favor of a stylus. 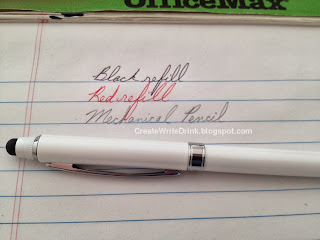 Nib (7)
Since this pen is not a fountain pen, a brief review of the refills shall take the place of discussing the nib. The pencil lead is 0.5 mm and there is not much more to say! Both the black and red refills are 0.7 mm, which is a decently bold line for daily writing. They are TWSBI-branded and shorter than standard refills. While perhaps not as smooth as writing with the expensive Montblanc ballpoint refills, these nonetheless provided a moderately smooth writing experience. One negative thing I noticed was some line inconsistency. In a fountain pen, this “shading” might be desirable, but such is not the case in a ballpoint. With the refills being as short as they are, I have a small concern about the availability of refills for the ballpoints. 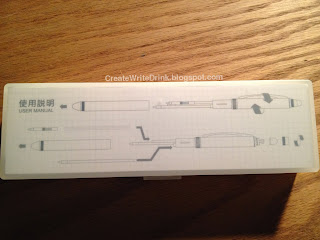 Filling System (9)
Thankfully, TWSBI has placed directions in the package on how to change the refills. While the changing is easy, the methodology is not immediately obvious upon looking at the pen. First the two halves of the body are pulled apart. Then, either of the ballpoint refills may be lifted out and replaced. To add more lead, the mechanical pencil portion further splits in half, width-wise (not length-wise), and more lead may be inserted. 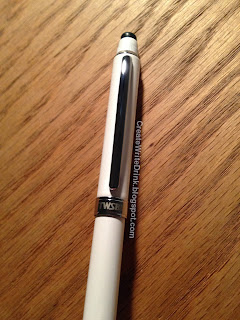 Cost and Value (7)
Based on the quality construction, this pen certainly fits into the mid-range of ballpoints and mechanical pencils. This midrange also has prices that vary greatly. I would say that the Tri-Tech iSmart sits on the lower end of that price range, which contains a lot of $40-ish pens. This one easily matches those for build quality, though it may not be as flashy. However, the refill quality concerns me - I would have expected better from TWSBI. 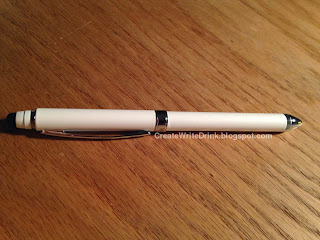 Conclusion (8)
(7.5/10 actual score)
In conclusion, I feel that TWSBI has crafted a winner of a pen, but they have fallen short on refill quality and availability. Placing all of this functionality in one instrument, yet keeping the size to a slender and quality-looking profile was well done. The size and weight will be appreciated by many, yet I think many will be disappointed by the mediocre writing quality. (Changing the ballpoint refills would do wonders for this pen as a whole.)


This review was unsolicited and uncompensated.
The TWSBI Tri-Tech iSmart is available directly from TWSBI, here, or from their Amazon store, here (in white) and here (in dark blue).
Posted by Spencer at 10:00 AM