I have no idea how it took me so long (from the acquisition of this sample) to review another Earl Grey blend. Sometimes I think I should just transition Built from Ink and Tea to reviewing only Earl Grey blends and pu'erh. But, there are so many other good teas in the world!

Today's Earl Grey comes from Upton Tea Imports. Season's Pick Earl Grey Crème Vanilla is, as you might have guessed, a cream Earl Grey, taking the standard Earl Grey flavors and adding smooth vanilla notes that tend to tone-down the cup, while adding an extra layer to the flavor. I brewed two teaspoons in two cups of just-boiled water for four minutes, and the resulting cup smelled great! 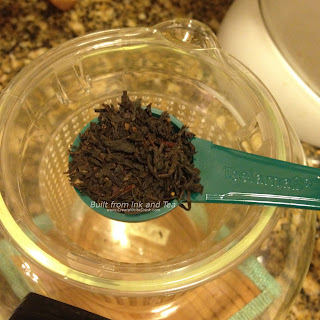 The aroma of vanilla hit my nose before anything else. Even as I began to smell the bergamot and some of the underlying black tea, the vanilla still came-on strong. It has an intensity to it that reminds me a bit of vanilla extract in its depth. The bergamot smells light and nearly gets overshadowed by the cream aromas. The black tea, too, has taken a major backseat in the aroma to the vanilla and citrus, being even less prominent than them. 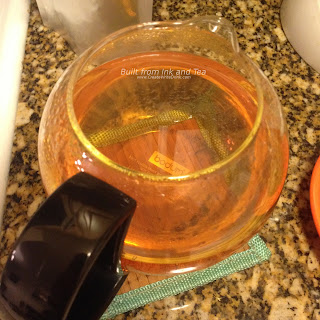 The first sip of this tea changed my entire perception of the cup. I was fully expecting that, given the intensity of the vanilla aromas, the flavors would be dominated by them, but that was far from the case. The tea did taste quite strongly of the vanilla and cream flavors that contribute to its name. But the bergamot shone through those smooth notes, as if to say "Look at me, I am an Earl Grey blend!" Subsequent sips revealed a slight difficulty in tasting the other flavors through the cream ones. The other flavors did show themselves, but sometimes I had to let the tea linger on my tongue for a few moments, before I could really begin to taste and identify them. 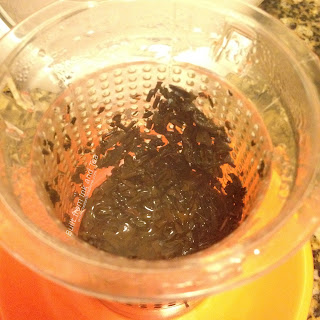 Overall, I felt that Upton Tea Imports' Season's Pick Earl Grey Crème Vanilla had great taste and an enticing aroma. However, it really embodied the cream side of a cream Earl Grey, so I would not describe the flavors and aroma as balanced by any means. This may in fact appeal to some folks, who want more of a vanilla-flavored tea with some citrus notes. On my personal enjoyment scale, I would rate this tea a 3.