Today's review showcases a twist on a classic black tea. Lapsang Souchong, famous for it heavy, smoky aroma and rich flavors, reminds many first-time drinkers of barbeque sauce. I must admit, that was my initial impression, when I first tried it. 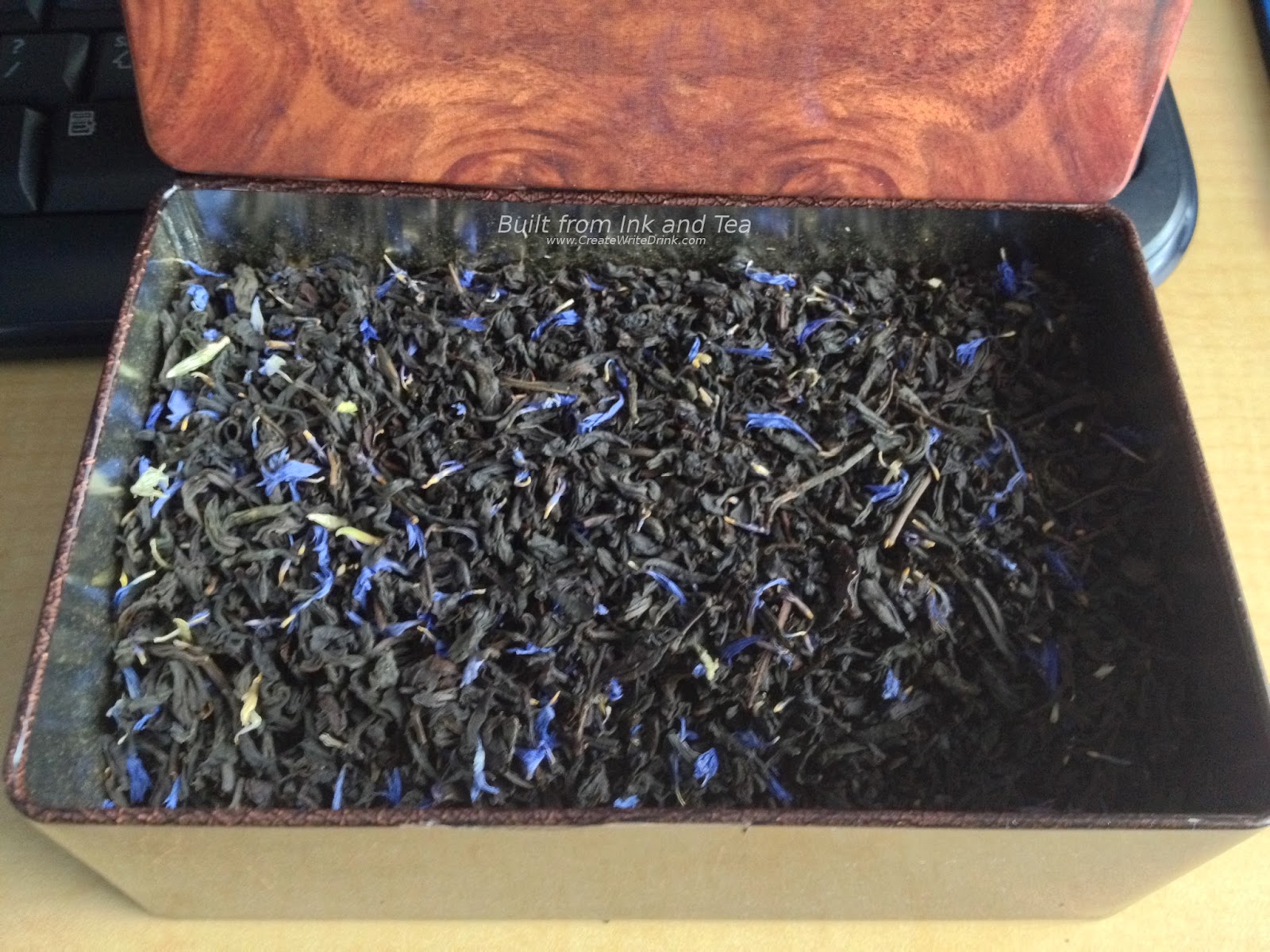 Early in my tea-drinking days, when my knowledge of teas was barely stretching beyond bagged offerings from the local supermarket, I visited England. While touring Canterbury, we stopped in a small tea shop and cafe for a cuppa. Seeing Lapsang Souchong on the menu with a description that promised smokiness, I decided to give this new discovery a taste. After the initial "This smells like barbeque sauce" exclamations of wonderment, I am fairly certain that I drank the entire pot quite quickly. Lapsang Souchong, and related blends such as Russian Caravan, went on to become some of my favorit black teas. 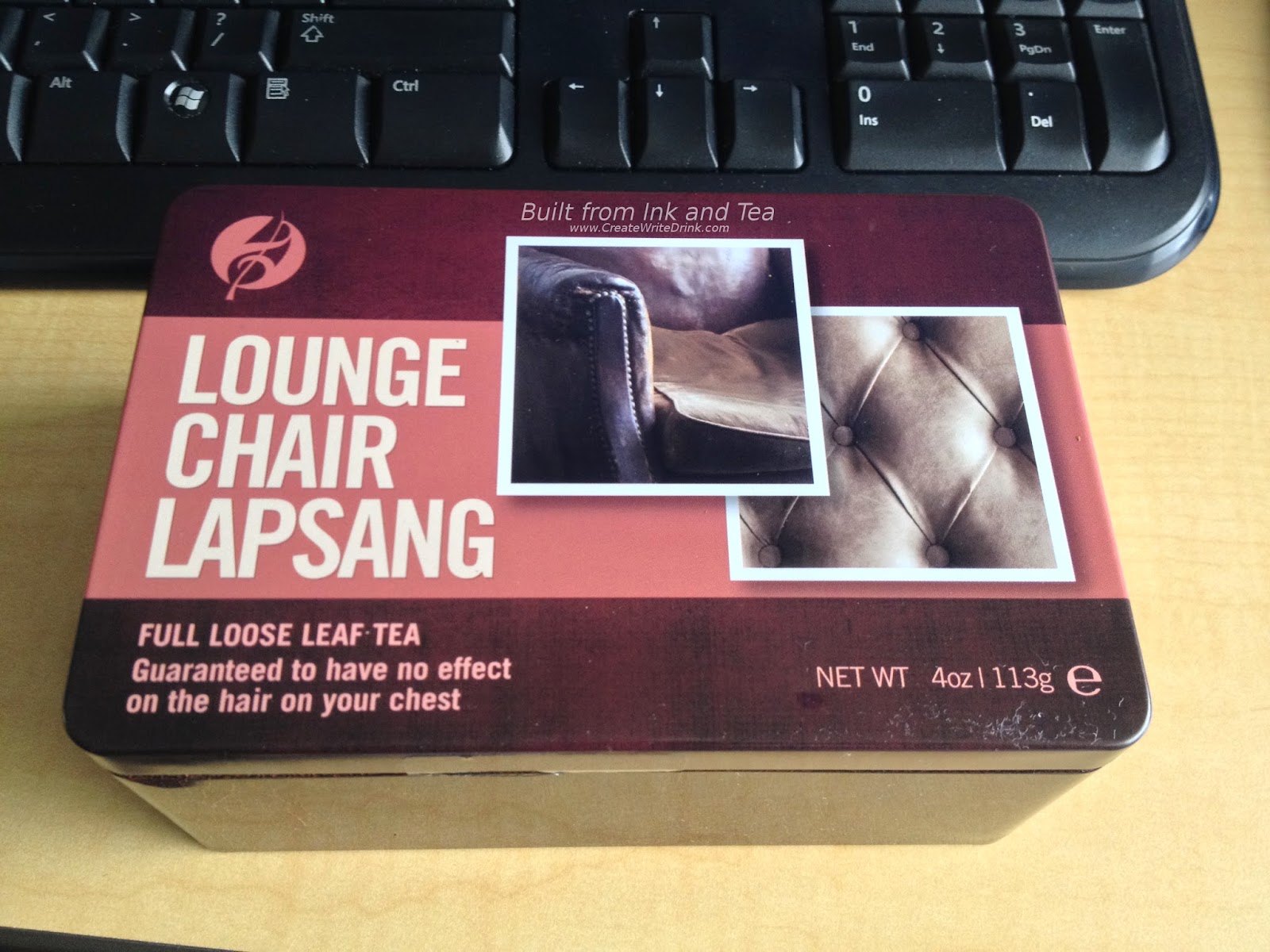 Adagio Teas' Lounge Chair Lapsang has to be one of the most savory teas I have consumed in some time. As a part of Adagio Teas' "umph" series of teas "that were formulated with guys in mind," Lounge Chair Lapsang "is a cup filled with the aroma of Dad's favorite pipe or a contraband stogy." Interesting description; I usually think of vanilla notes with pipes, but this is where Adagio Teas has twisted things! The lovely Lapsang Souchong base comes topped with cherry and caramel flavors, and yet it tastes in no way like dessert! 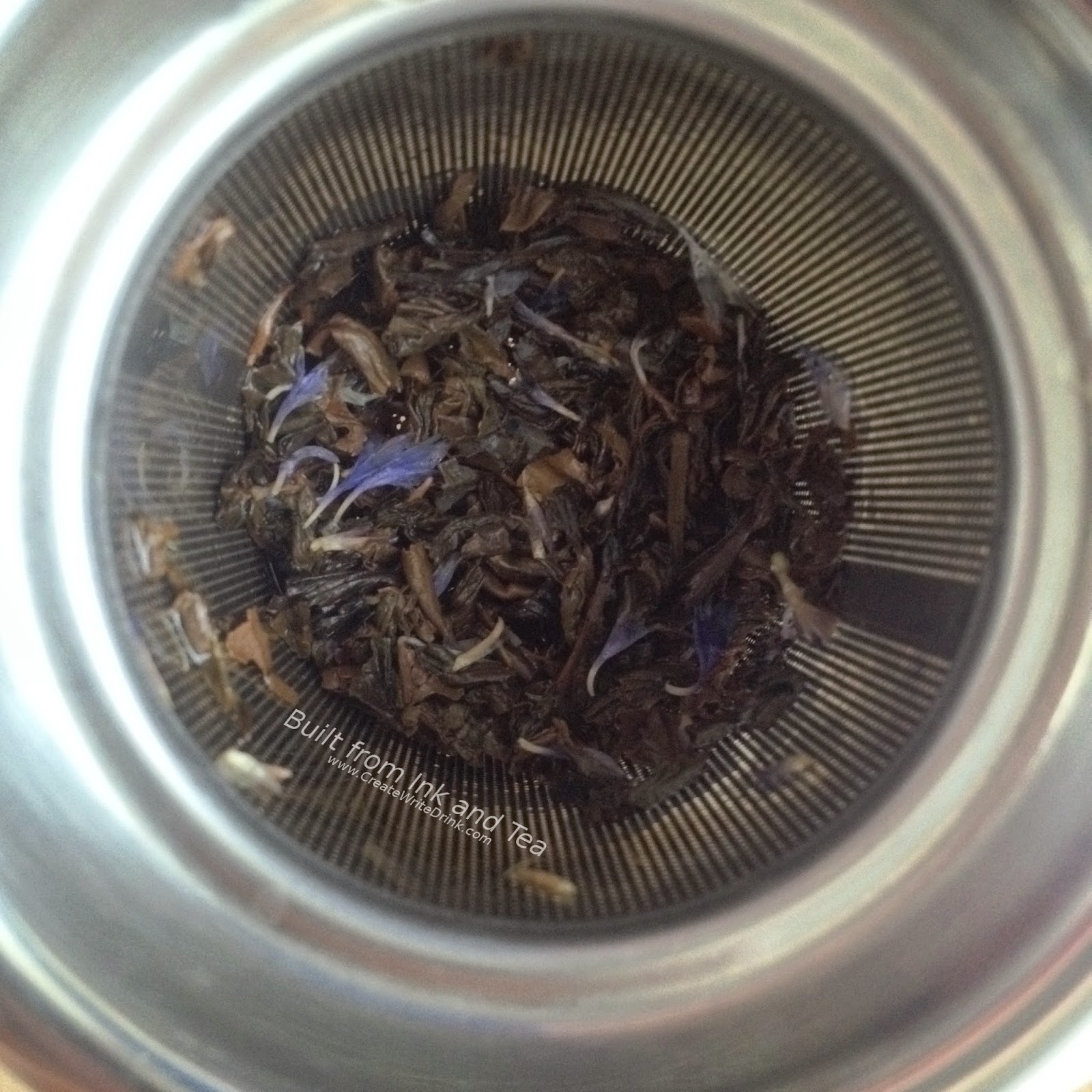 As I steeped a teaspoon and a half of this in twelve ounces of just-boiled water, I breathed deeply of the leaves. The smokiness of the Lapsang Souchong hits the nose hard, but after a moment I noticed something more. Underlying notes of caramel drifted to my nose, not too sweet, but blending nicely with the Lapsang Souchong. After four minutes of steeping, my cup of tea was ready. 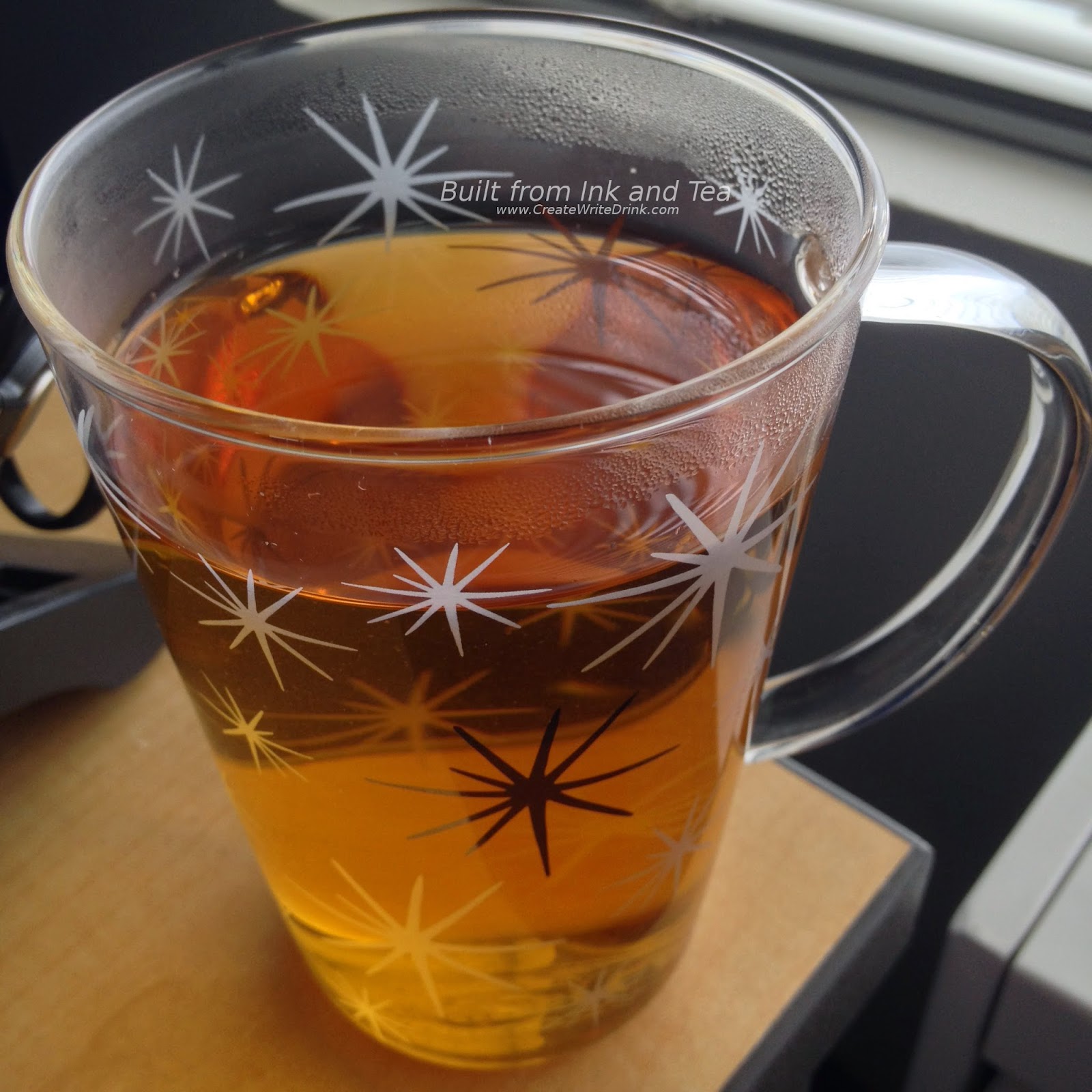 In the first few sips, I discovered two very distinctive tastes (using the term quite generally). If a drink is quickly taken and swallowed, this results in a wash of smokiness across the taste buds with the faintest hint of sweetness in the aftertaste. It tastes mostly like Lapsang Souchong. But! If a drink is taken and then left on the tongue to savor, suddenly cherry notes arise from the smokiness! Edged with sweet caramel, the flavor is fantastic. The finish seems much more well-rounded, when the body is savored, like this.

If you have any interest in smoky teas, give this one a try. If it sounds remotely interesting, I highly recommend it. While I do not often speak about the price of teas, here, I have to say that this one is a great deal at 9 USD for 4 ounces in a nice tin. I have been drinking Lounge Chair Lapsang for the past week on a daily basis, and it has not yet gotten old. On my personal enjoyment scale, I would rate it a 96/100. Nicely done, Adagio Teas.