Previously, I had spoken of a Kickstarter by Rebecca King, wherein she was crafting tea blends, inspired by classic fairy tales. Recently, her Kickstarter campaign ended, and the tea blends were shipped to the backers. (However, even if you missed the campaign, you can still try the blends, because she now has them for sale on her website, Loose Leaf Spot.) The blends, which are currently available, are based on four different stories. This provided a pre-organized method by which to group my reviews by each collection. Here are my thoughts on the blends of the Cinderella collection: Glass Slipper, Midnight Waltz, and Noble Twist.

Glass Slipper
Chamomile and mint. Easy enough around which to wrap my mind, though I must admit to not having considered them for blending, before. Then, I recall Xiao's Blend by Peet's Coffee & Tea, which contains these two ingredients, plus rosehips. I loved Xiao's Blend, so I eagerly begin to prepare a cup of Glass Slipper. 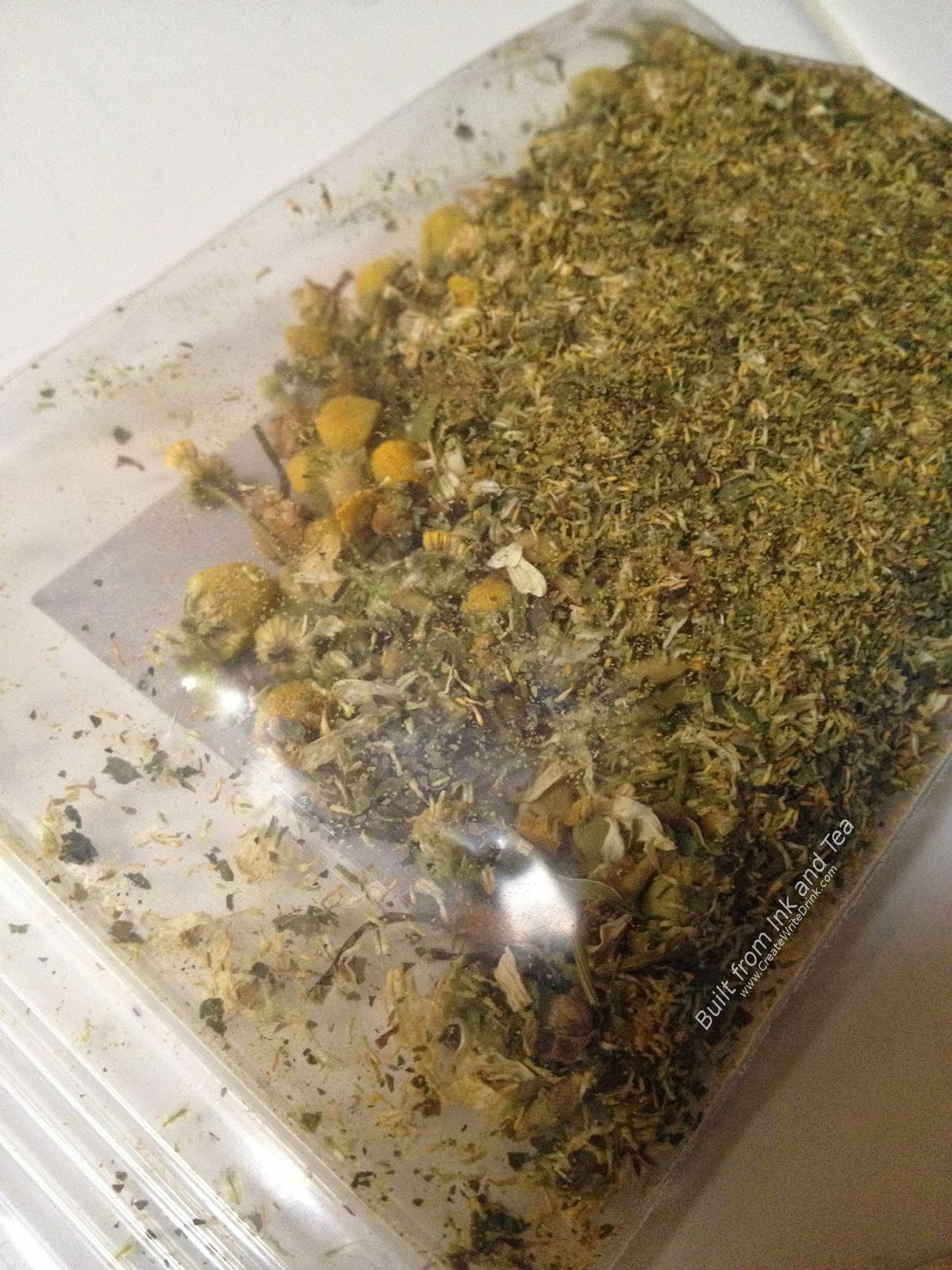 As a chamomile herbal blend, the use of more leaf, than with a tea blend, is suggested. For a twelve ounce mug, I use a little over two teaspoons of the mixture and top it with boiling water. As I prefer my chamomile strong and full, I steep the blend for seven minutes - the upper limit of the suggested time. The resulting brew smells of chamomile, through and through. If there is mint in the aroma, it is barely noticeable. 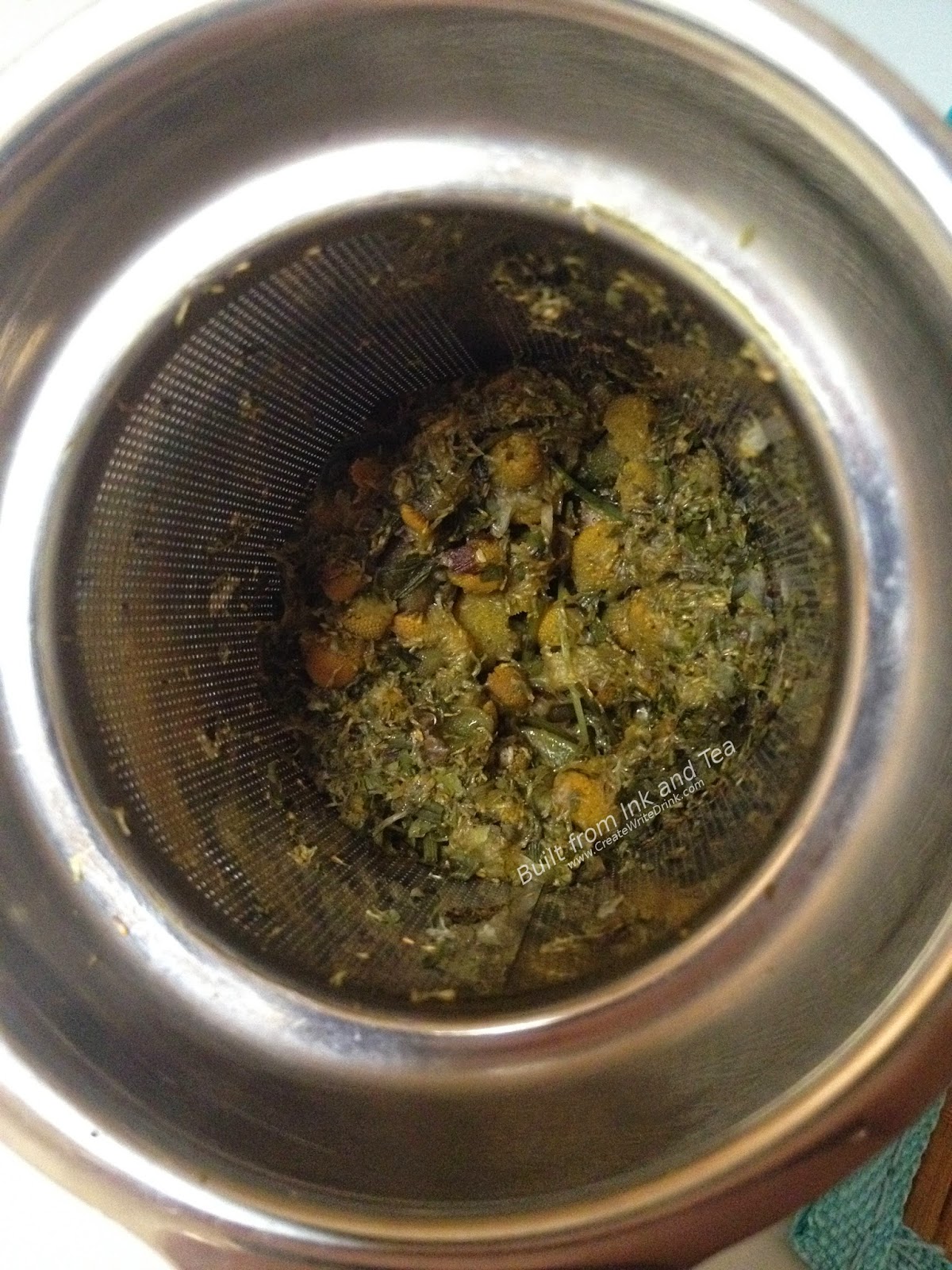 In the flavors, mint still sits less prominently than the chamomile, but it adds a pleasant coolness to the flavor and really mixes quite well with the floral chamomile. The aftertaste contains a lot more mint than the body of the brew, and I really enjoyed the cup. Glass Slipper is a fantastic herbal blend, suited perfectly to evening sipping and relaxation. 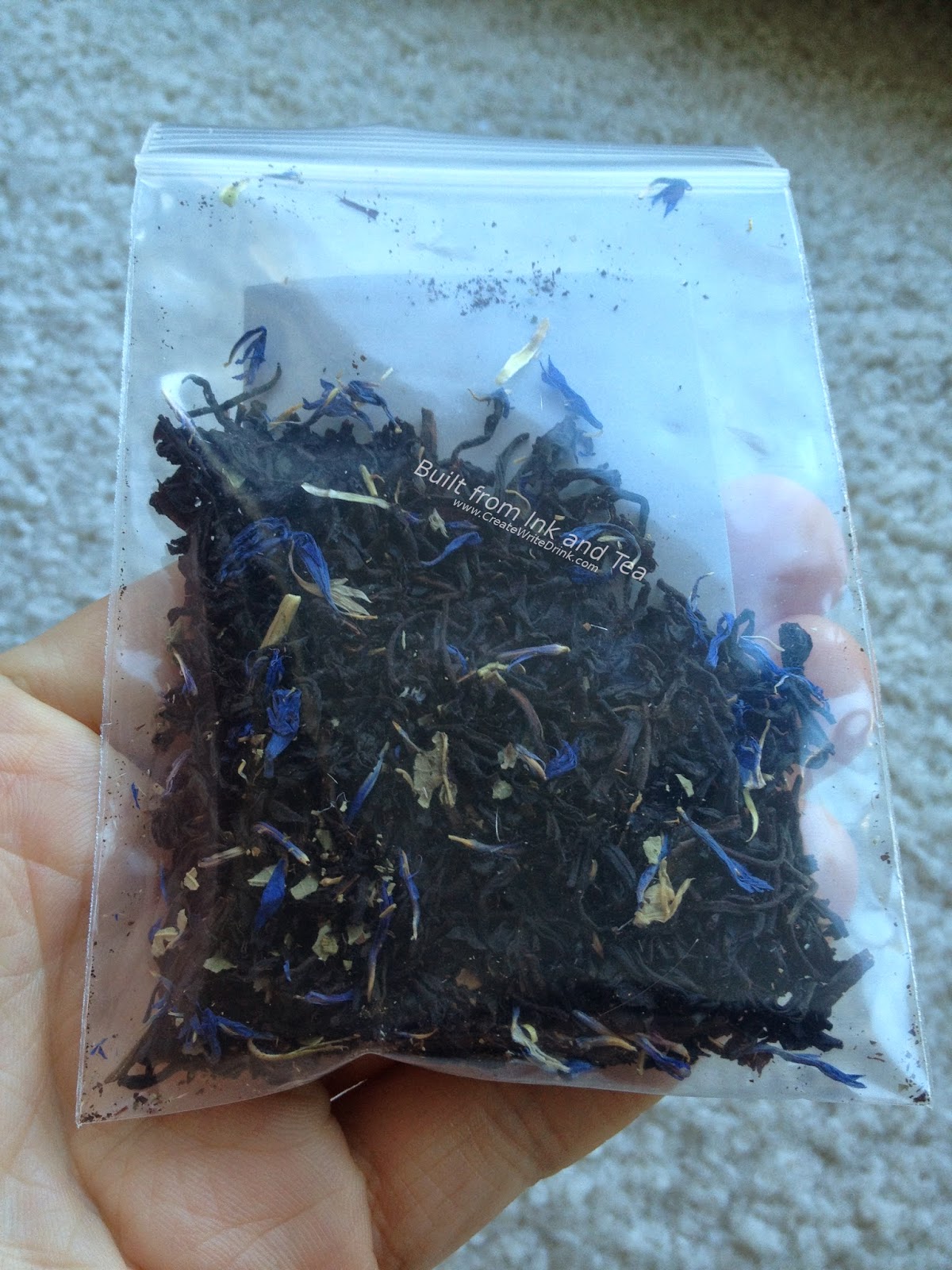 The blend of Midnight Waltz is simple. Take a medium-grade, Ceylon black tea and blend it with the flavor of blueberry. Add some cornflower petals for decoration. Follow the instructions to brew a great cup of tea. 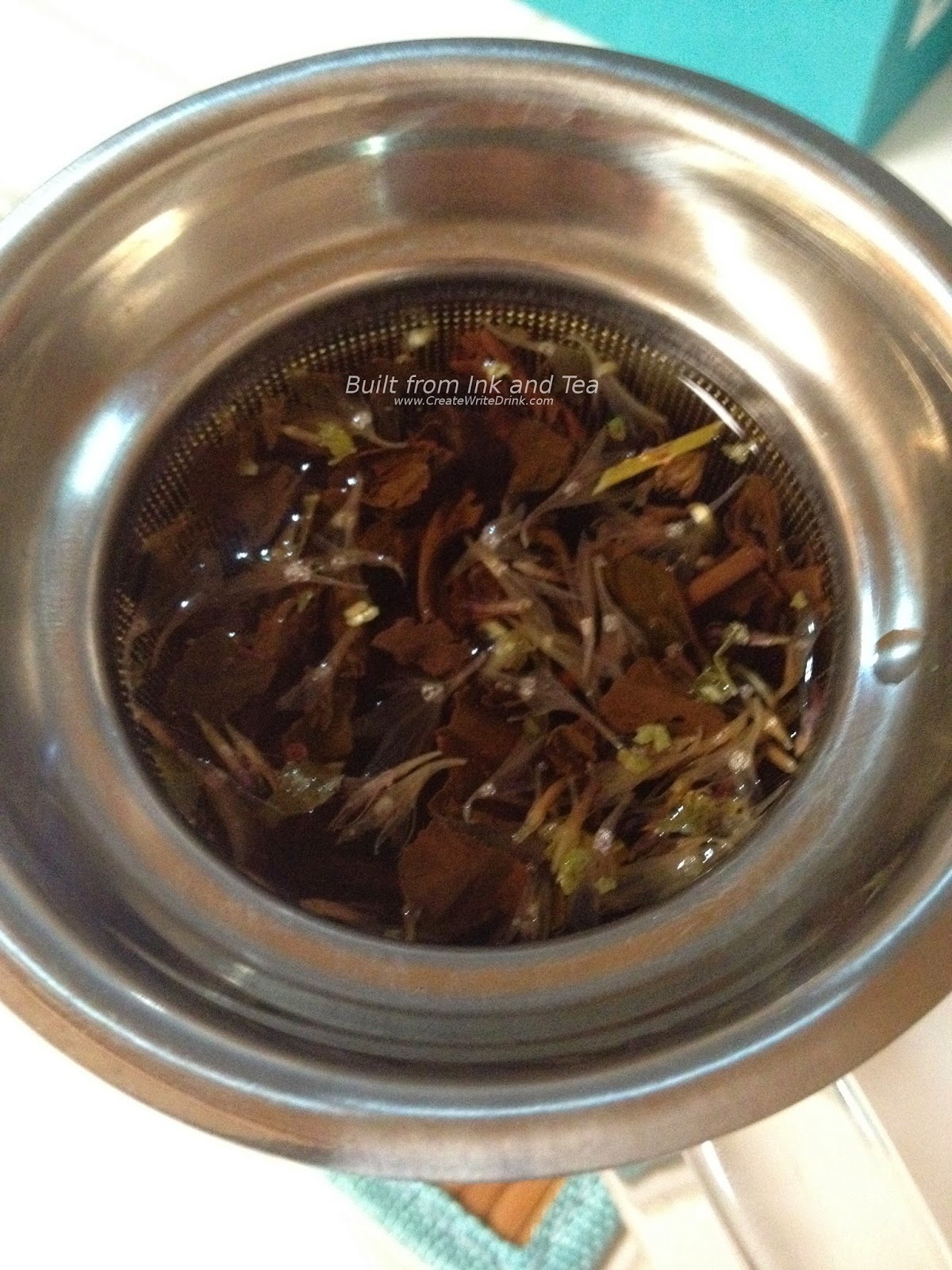 Here, the great cup of tea was crafted with a teaspoon and a half of in a twelve ounce mug, topped with just-boiled water, and left to steep for four minutes (the packaging recommends three to five). Once it had cooled a bit, it was time for sipping. Immediately, I noticed something that struck me as different from many of the blueberry-flavored black teas I have tried - the blueberry was subtle. The flavor of blueberry did not crash across my taste buds, like the flavor does when biting into fresh blueberries. Rather, it slid across the tongue, well-blended with the black tea, letting me enjoy the flavor of the Ceylon, too. Four minutes might have been a bit too long, as I started to noticed some astringency in the edges of the flavor profile. Perhaps, next time, I will steep for three and a half. 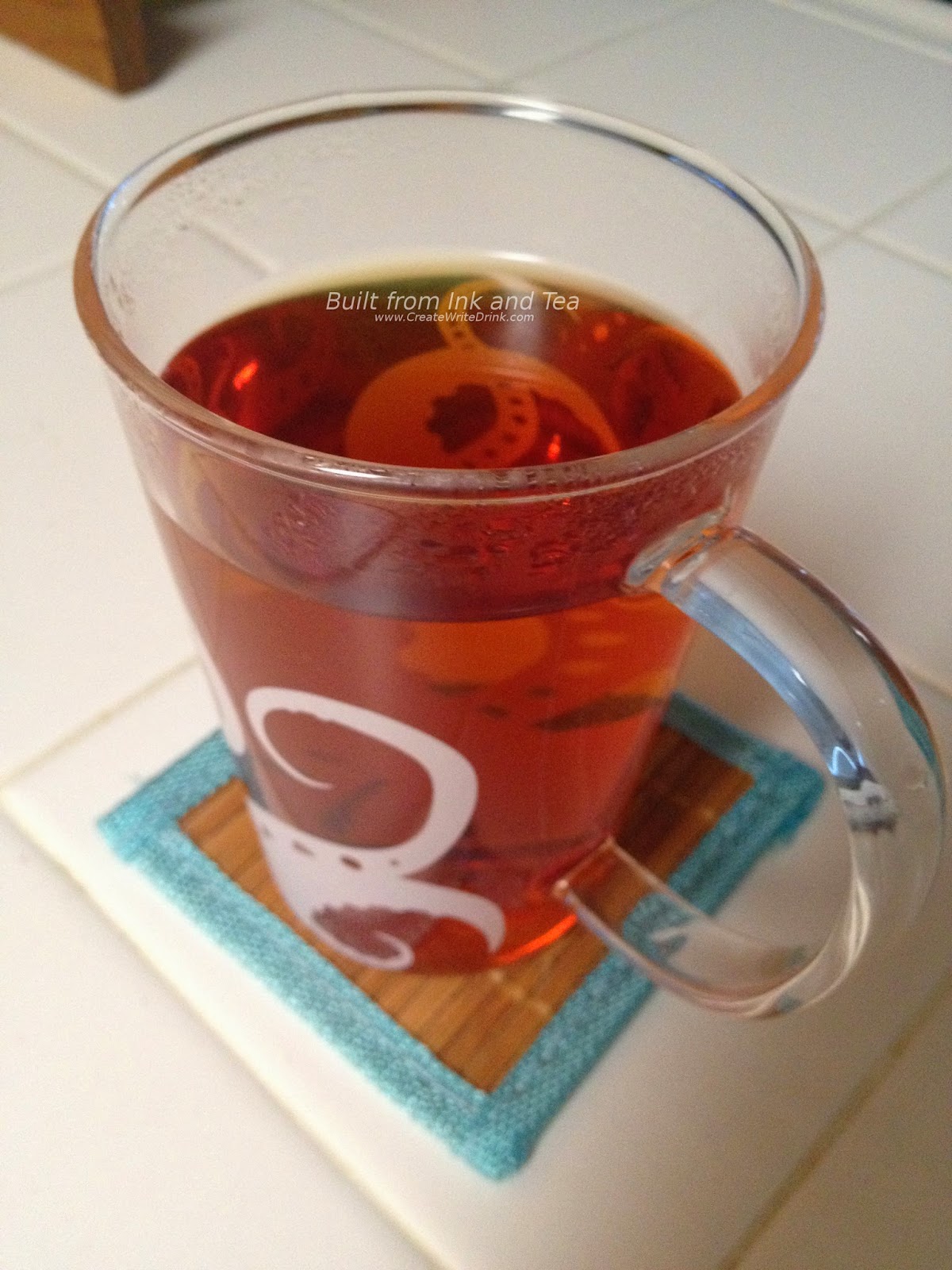 As a general descriptor, "brisk" fits Midnight Waltz. It is most certainly not a bold tea, and so its versatility is increased by being able to fit the mood for any time of day. I can imagine this as a complement to breakfast or with an afternoon snack. On my personal enjoyment scale, I would rate this tea an 86/100. 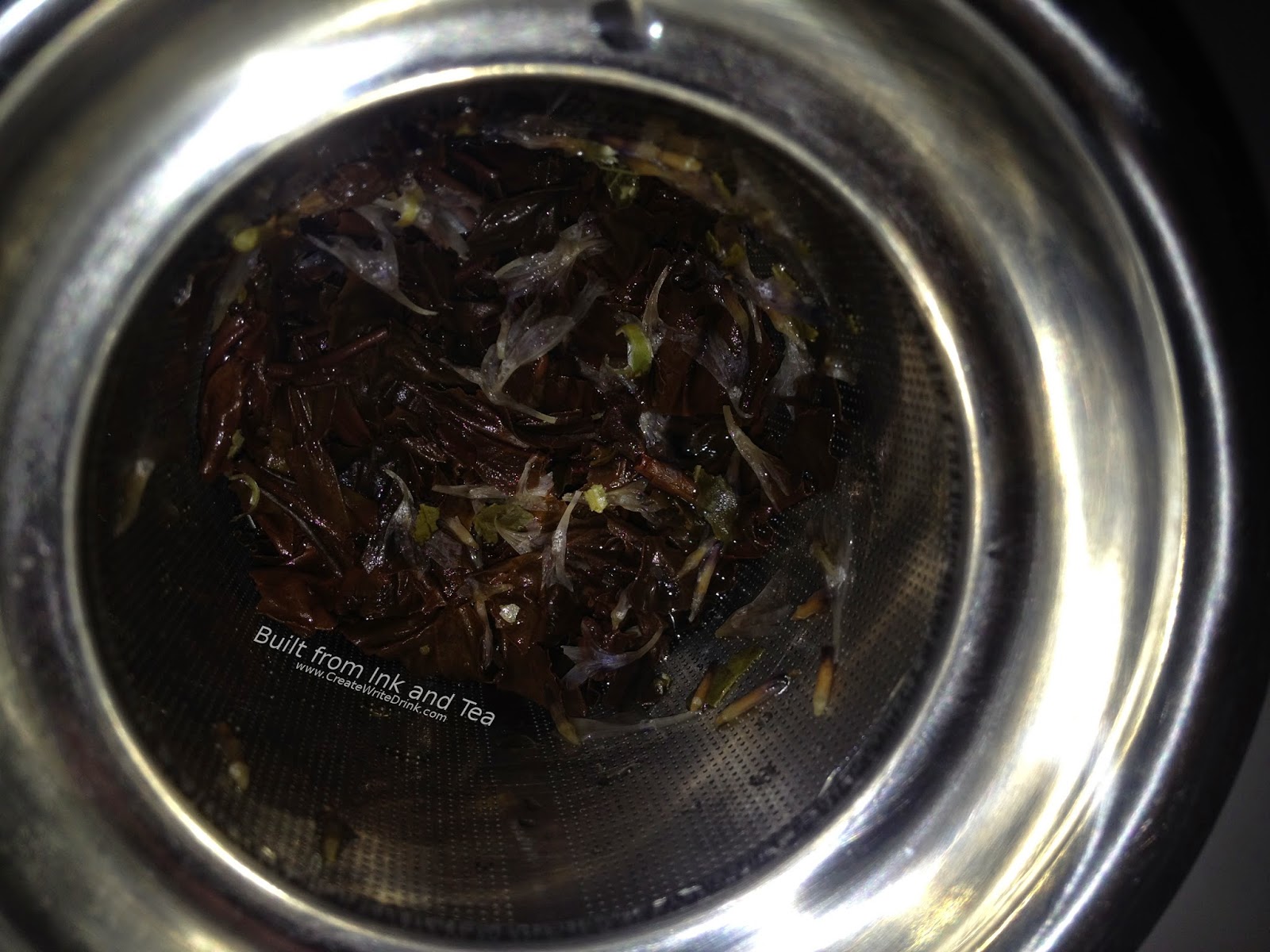 Noble Twist
I never imagined that I would ever try an Earl Grey with - of all things - lime flavors. Yet, that is the precise "twist" added to this blend. The aroma embodies Earl Grey with a citrus undertone, but the lime is very subtle. Just as with the Midnight Waltz, I had used a teaspoon and a half with boiling water for four minutes in a twelve ounce mug. I do not detect any astringency in the aroma. 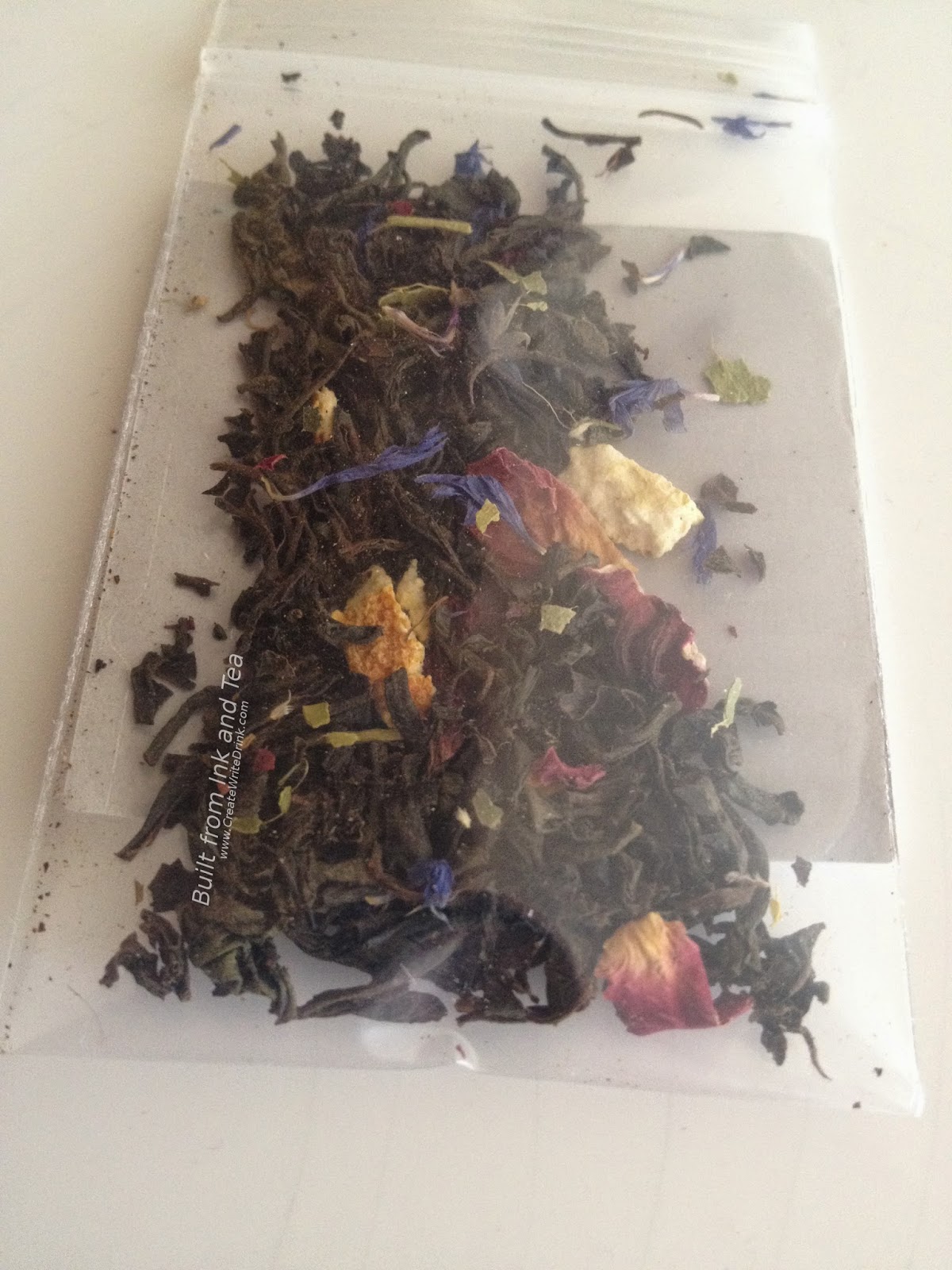 Unlike anything I have tried before, the flavor of my cup of Noble Twist remains most definitely Earl Grey at the base. However, the tastes of fresh orange and lime snakes throughout the cup. Truly, the aftertaste is quite juicy. Something strikes me as "off" about the flavors, but it might be that my taste buds do not prefer the combination of fruits. That said, the tea is quite flavorful and makes a lovely cup, albeit a very unique one! 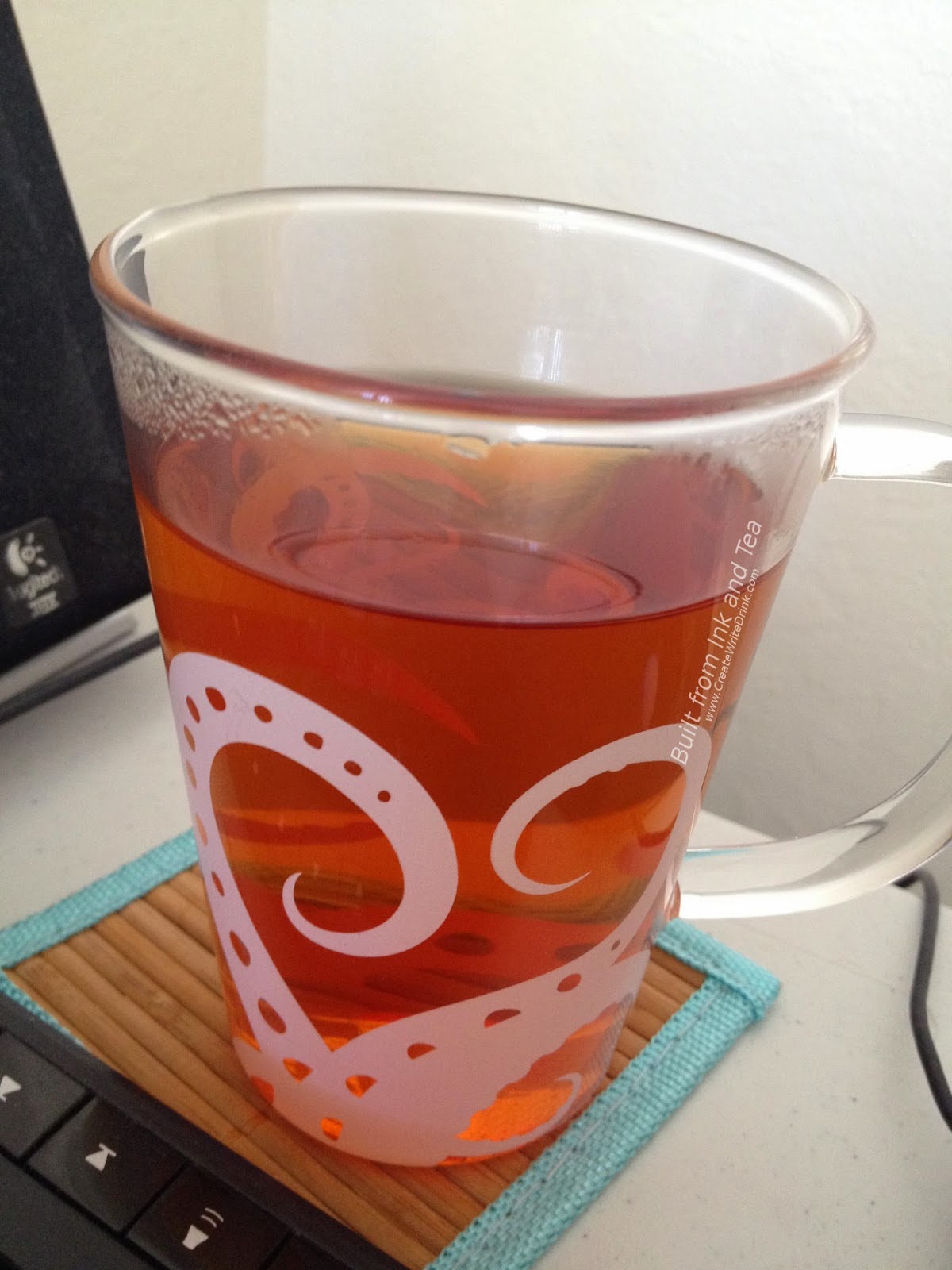 On my personal enjoyment scale, I would rate this tea an 87/100.

These reviews were unsolicited and uncompensated.
The three blends of the Cinderella collection can be purchased from the Loose Leaf Spot website, here. Check out the rest of their offerings, too!
Photo credit to Built from Ink and Tea.
Text content is copyright 2014, Built from Ink and Tea .
Posted by Spencer at 10:00 AM