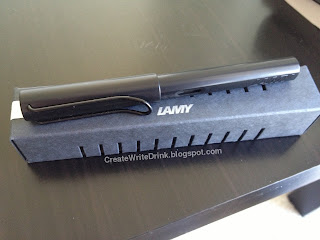 First Impressions (8)
The pen looks really slick - really, really slick, but the cap oddly sticks out to me like a swollen sore thumb. This is not a fault of this edition but of all Al-Stars. Simply put, the cap looks too chunky to me. The body appears slicker and goes really well with the clear section and black nib. 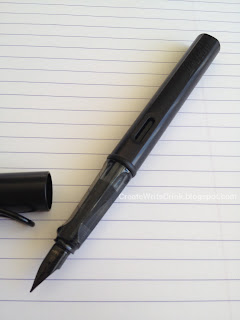 Appearance (8)
Looking at the cap by itself, it has a nice design with the large and curved clip complimenting the rounded, cylindrical cap. By itself, the cap appears to be of an okay size, though looking at the top end reveals what I believe to be the source of the aforementioned chunkiness - the folded-over aluminum. Certainly, this must add a bit of thickness, as compared to the molded plastic of the Lamy Safari.

Lamy has done a nice job of keeping the body thickness to a minimum, even with the use of the aluminum. This did make the inside have a few troubles with the converter-holding “fins,” as will be discussed later. In my opinion, Lamy should have stuck with engraving the full letters of their logo on the barrel, as with the Safari, rather than just the outline of the letters.

Because the cap is wider, it was necessary to increase the size of the attachment point from the cap to the pen - in this case, the ring between the section and barrel. To me, it looks bulky and awkward. It also is one of the problems I found with using a matte black body. Having that ring, the cap “jewel,” and the barrel “jewel” all made from matte black plastic causes them to stick out in a manner that I do not find attractive. 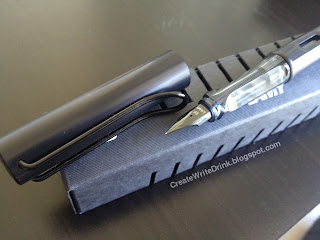 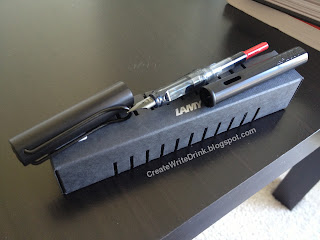 Design/Size/Weight (8)
The size of the cap is one aesthetic point that was directly influenced by the design necessity (a functionality factor, rather than form). I think I have discussed it sufficiently in the appearance critique. One design point to which I had promised to return was the internal fins, holding the converter. The Lamy Z24 converter has small pegs that should be gripped by the fins, when the converter is installed. However, it appears that these holes (in the fins) were not cut large enough, causing the fins to spread slightly, when the converter is installed. The result of this fin spreading is that the barrel does not screw onto the section smoothly.

The grip poses an interesting design problem for some. The triangle shape forces the user to hold the pen at a set angle, which does not work well for writers, who rotate their grip. Additionally, the grip cutouts have slightly sharp edges, which may cause discomfort for some.

Size-wise, the Al-Star is a comfortable fit for my large hands, posted or un-posted. However, I wince at the sound of aluminum-on-aluminum, every time I post the cap, even though it causes no visible scratching of the barrel.

The weight is also comfortable, being light with a solid feel. This by itself is not much different than the heft of the Safari. 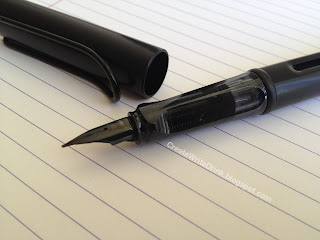 Nib (6)
Ugh, the Lamy Z50 nibs are incredibly hit and miss. When I first started using this pen and nib, it was the wettest Lamy EF I had ever used, putting down a line that was more akin to that of a fine western nib in my estimation. However, even over the course of this review, it grew drier and drier, sometimes not even starting to write, until halfway through the first stroke of a new word. Manually adjusting the nib helped some, and it certainly improved the consistency.

As to the nib itself, it is a stiff nail. This is to be moderately expected from an inexpensive, steel, extra-fine nib that is hit and miss. While this one is not horrible, I have tried worse EF nibs...on cheap Chinese pens. At least this nib does not sing or tear up the paper. 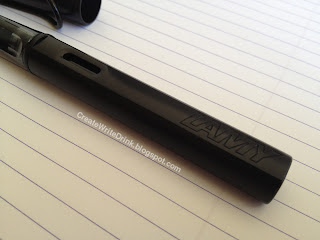 Filling System (8)
The filling system of the Lamy Al-Star matches that of the Lamy Safari, taking proprietary Lamy cartridges or Lamy converters, of which there are several options, all of which must be (typically) purchased separately from the pen at most retailers. The converter, especially the Z24, is an excellent investment for the Al-Star, opening the user to a multitude of ink options. 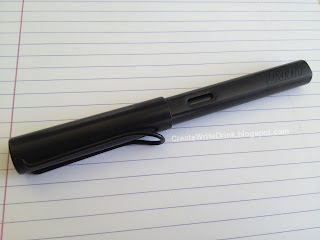 Cost and Value (8)
While the approximate retail cost of USD 37 is a good bit higher than that of the Lamy Safari, it is understood that this extra cost is coming from the use of the aluminum (versus ABS plastic) for the body. Just as with the Safari, opinions vary on the value of such a pen. In my opinion, getting this special edition with a converter, for the same cost as some places sell the standard Al-Star by itself, was a great deal. The pen by itself could be a great value, if only the cost was lower.


Conclusion (8)
(7.7/10 actual)
Great pen? No. Good pen? Potentially. Great looks? Definitely. If nothing else, if you like the looks and can find a good deal, I recommend buying it!