At the 2016 San Francisco International Tea Festival, I had the distinct pleasure of meeting the folks from Sugimoto America, who were sampling a number of Japanese green teas. Not only did I have great conversations with them and get to try their teas, I also received a great lesson in proper matcha whisking technique. It truly is a skill that requires practice! From the festival, I received a sample of their Sen Cha in TeaPac (teabag). Containing their Fukamushi/Steamed sencha from Japan, these sachets are designed to keep the tea as fresh as possible, while also allowing for improved steeping (versus normal teabags).

The aroma of the dry leaves, even from within the sachet, smells clean and fresh. Intensely vegetal, some of the roasted aspect also come across before steeping. As recommended, I steep the sachet in eight ounces of water that has been boiled and then left to cool for five minutes. The recommended sixty second steep time surprises me, but I give it a try. The scent from the resulting cup is not as strong as I would expect from a sencha, but it does have really pleasant, green notes that verge on floral. 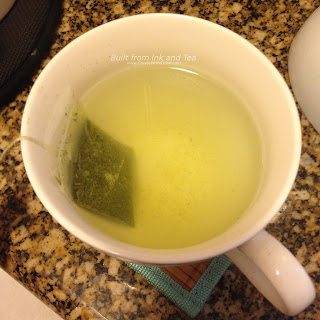 The first sip reveals far more roasted notes than I would have expected, given the aroma of both the dry leaf and steeped tea! Flavors are light, but the delicate aspects really seem to shine with the short steep. The roasting really brings forth a richness in the flavor that fills-in the body of the tea quite well. This richness carries into the aftertaste, which lingers on the tongue for some time - an aspect I found to be really pleasant! 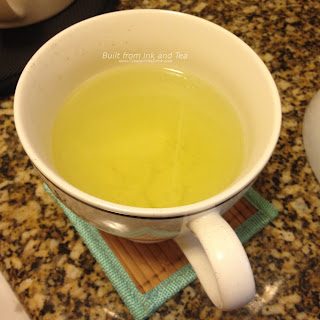 On my personal enjoyment scale, I would rate this tea a 5. It really embodies one of the best sencha I have ever tried, and the price is fairly accessible for such a quality tea. From their website, you can also get the same tea in loose leaf, rather than sachets, which increases the value in my opinion.