Happy Tea Review Tuesday! This past weekend, a kind friend gifted me a sample of One Love Tea's Coconut Honeybush. Having not yet had a chance to drink it, I went to pick a tea for Tea Review Tuesday and realized that a honeybush blend has never been featured on this site! Honeybush is a plant, native to South Africa, used to make herbal teas and blends. So-called, due to the sweet smell of the flowers, the smell of the loose leaves certainly embodies the name.

Breathing in the aroma of the loose leaf, I find that the scent of coconut nearly overwhelms the honeybush. However, a slow breath seems to separate the two and allows me to detect the honeybush notes in the background. They are decidedly reminiscent of a sweet, almost-honey-scented rooibos, yet distinctly different at the same time. 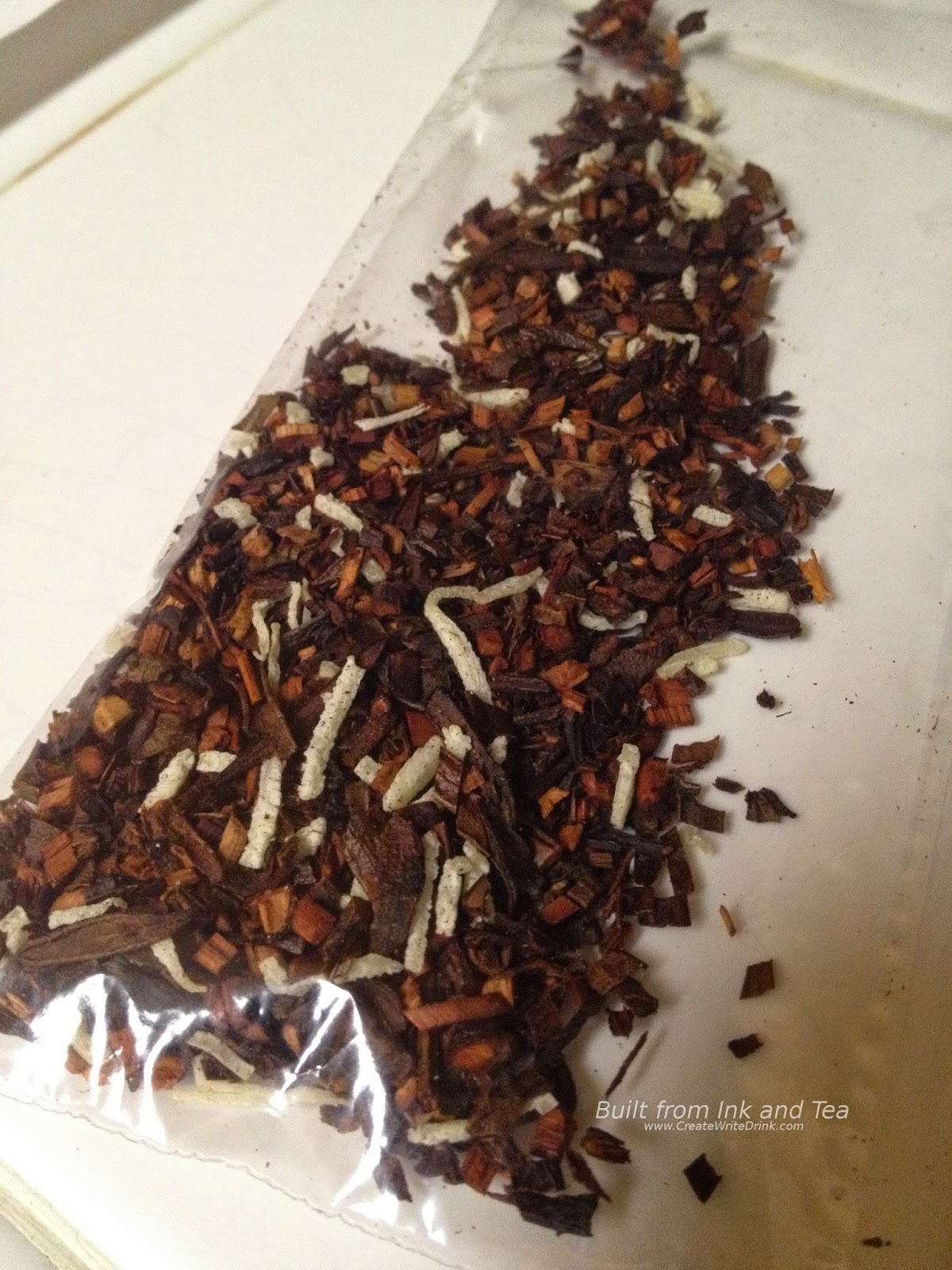 As I have mentioned in the past in regard to rooibos, it cannot be over-steeped. The same applies to honeybush, and I personally enjoy my honeybush (and rooibos) blends to be steeped strongly. In a sixteen ounce teapot, I steeped two teaspoons of Coconut Honeybush in just-boiled water for seven minutes. The result? An aromatic cup, whose nose is reminiscent of the dry leaf mixture...albeit more subdued. The coconut and coconut flavoring in the loose leaf had been strong and very forward. However, steeped...well, my cup is empty and I need to refill! 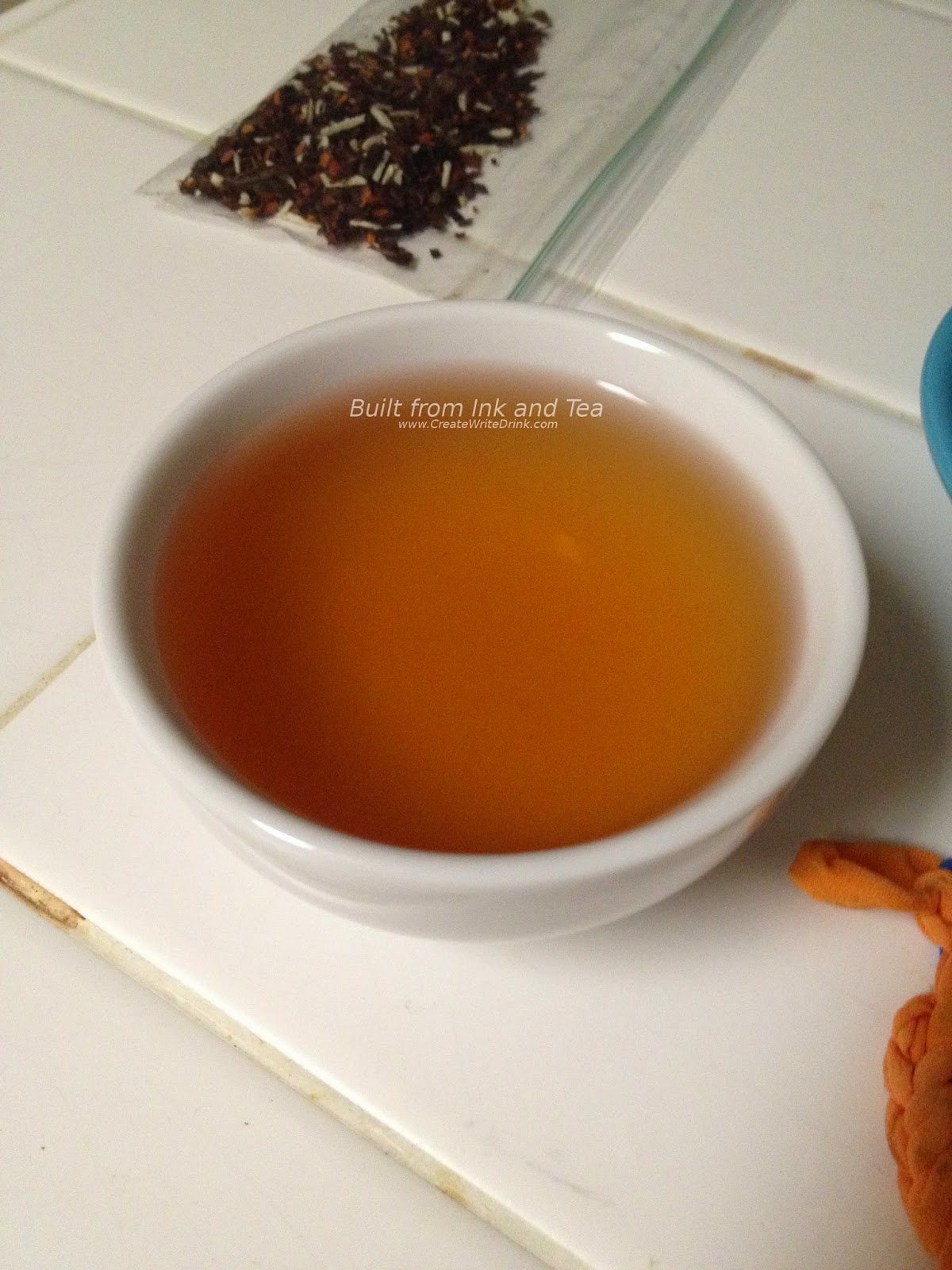 Steeped, the aroma of Coconut Honeybush favors the coconut more than the honeybush, but the notes of honeybush are very noticeable. I would actually go so far as to say that the coconut steeps to a more subdued aroma. But how about the taste? I have to say that I was surprised by the taste. It has been some time since I last had a honeybush blend, and I had forgotten just how much "darker" it tastes than rooibos. By "darker," I do not mean that it is stronger, necessarily, but the flavor is richer and perhaps a bit deeper. The blend of flavors is even more balanced than the aroma. Coconut arrives first on the tongue, and honeybush follows, more silently and subtly. The honeybush flavor fills the mouth with its sweetness and then leaves a pleasant and light aftertaste in its wake.

I can see why One Love Tea lists this as the most popular item on their entire site. Coconut Honeybush is a delicious and extremely enjoyable cup, and I absolutely recommend it, even for those, who have never before tried a honeybush blend. On my personal enjoyment scale, I would rate Coconut Honeybush a 95/100.