This week's review covers one of the delicious pu'erh offerings from Mandala Tea. As I recently acquired a number of them in a pu'erh sale, expect to see more review of Mandala's tea in the near future. Part of my order was a pu'erh sampler, which included some of their Noble Mark shou (ripe) pu'erh, from a cake that was pressed in 2012. I also happened to get a bag of their loose Noble Mark pu'erh from 2011. Therefore, in addition to a review, today's post will also include a bit of a comparison, as I am drinking both teas side-by-side.


Let us discuss the aroma. Noble Mark has a very dry smell with notes of cocoa, dirt, and just the slightest loam. While the leaves are dry, the aroma is not particularly deep, but it is moderately strong. In two separate pre-heated gaiwans, I placed a proportionate amount of leaf and rinsed the tea. The smells remain much the same, but I notice that the 2012 Noble Mark has more of a tart, mushroom note to it, whereas the 2011 is more subtle with that particular smell. 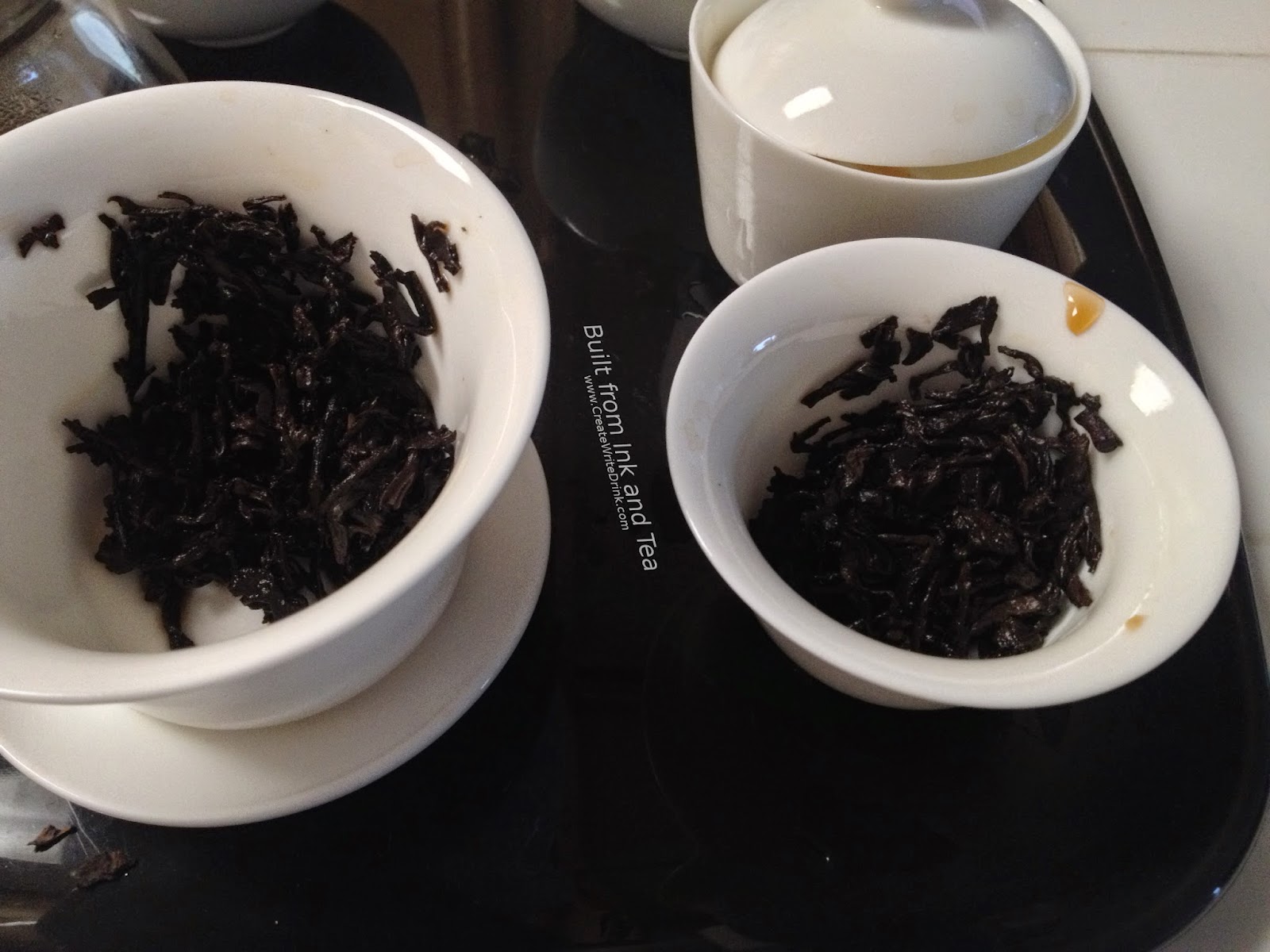 For the first steep, I infused both sets of leaves for thirty seconds with water that was just boiled. I found that the 2011 has a bit of a richer nose to it. With two cups prepared, it was time for a taste. The first sip of 2012 underwhelmed me a bit. I had anticipated more body, but it brought a high degree of smoothness and an aftertaste of light cocoa. The 2011 carried just a bit more in the body, yet it was likewise pleasant and smooth. It also seemed to have a deeper aftertaste than the 2012. As an aside, the 2011 steeped darker in the first cup than the 2012.


Per Mandala Tea's recommendation, I extended the steep time by fifteen seconds for the second brew. This time, the 2012 steeped darker than the 2011, yet continued to carry its slightly-lighter aroma. In this second cup, the 2012 flavors seem to have caught-up to the 2011, as they taste nearly identical. I do not find one to be stronger than the other. Even so, they maintained their smooth subtleties - certainly not in-your-face flavors. The cups come and go. 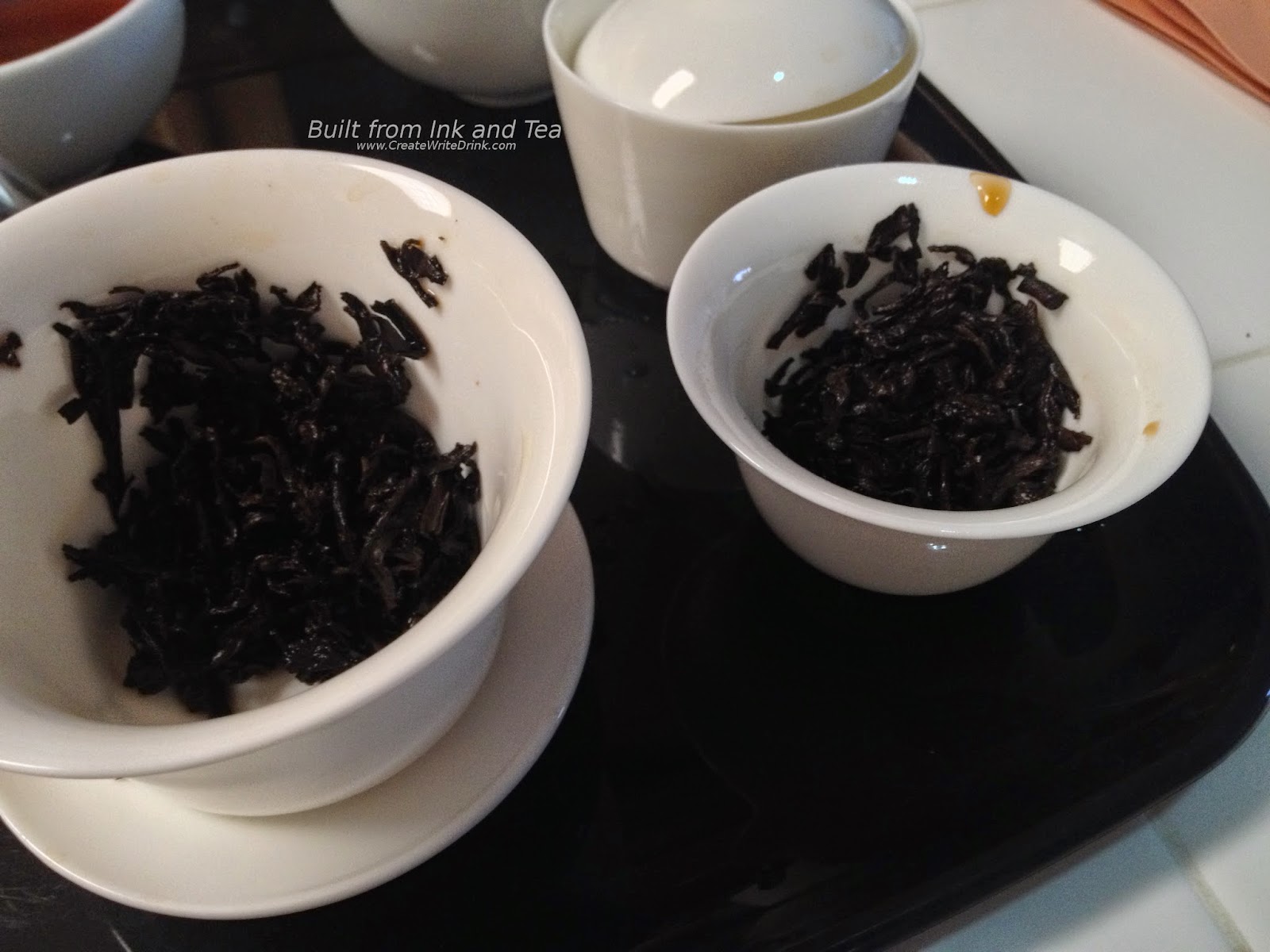 The third steep has Noble Mark 2012 carrying a stronger color, yet 2011 carries a bolder taste. However, between the two, they are so similar that only this side-by-side reveals the differences. (Truly, even the gaiwan size difference may be affecting things.) The aftertaste of slightly-loamy cocoa is pleasant and provides an excellent contrast to the cool autumn air. A fourth steep reveals that the 2012 leaves are still steeping strong, while the 2011 leaves have begun to falter a bit behind. Due to their extremely similarity, I will not rate these teas separately, but on my personal enjoyment scale, I would rate Mandala Tea's Noble Mark pu'erh a 90/100. Definitely give it a try! Also, let me know in a comment how you felt about the side-by-side comparison of teas and whether I should do more comparisons (whether or tea, pens, ink, etc.)