Stained Fingers on Thursday - A Review of Noodler's Nightshade Ink

If ever there were such an ink shade/color as "purple-black," I think that this would qualify for that category. In fact, having now used this ink for several months, I think that it is my favorite dark purple ink. The color is dark enough that it can be used on a daily basis and not seem out of place, per se. (I use it for taking notes at work.)
For some reason, this ink also looks as though it would pair well with the Pilot Metropolitan in matte black, if you have the same pen color + ink color matching-OCD, as I sometimes do. 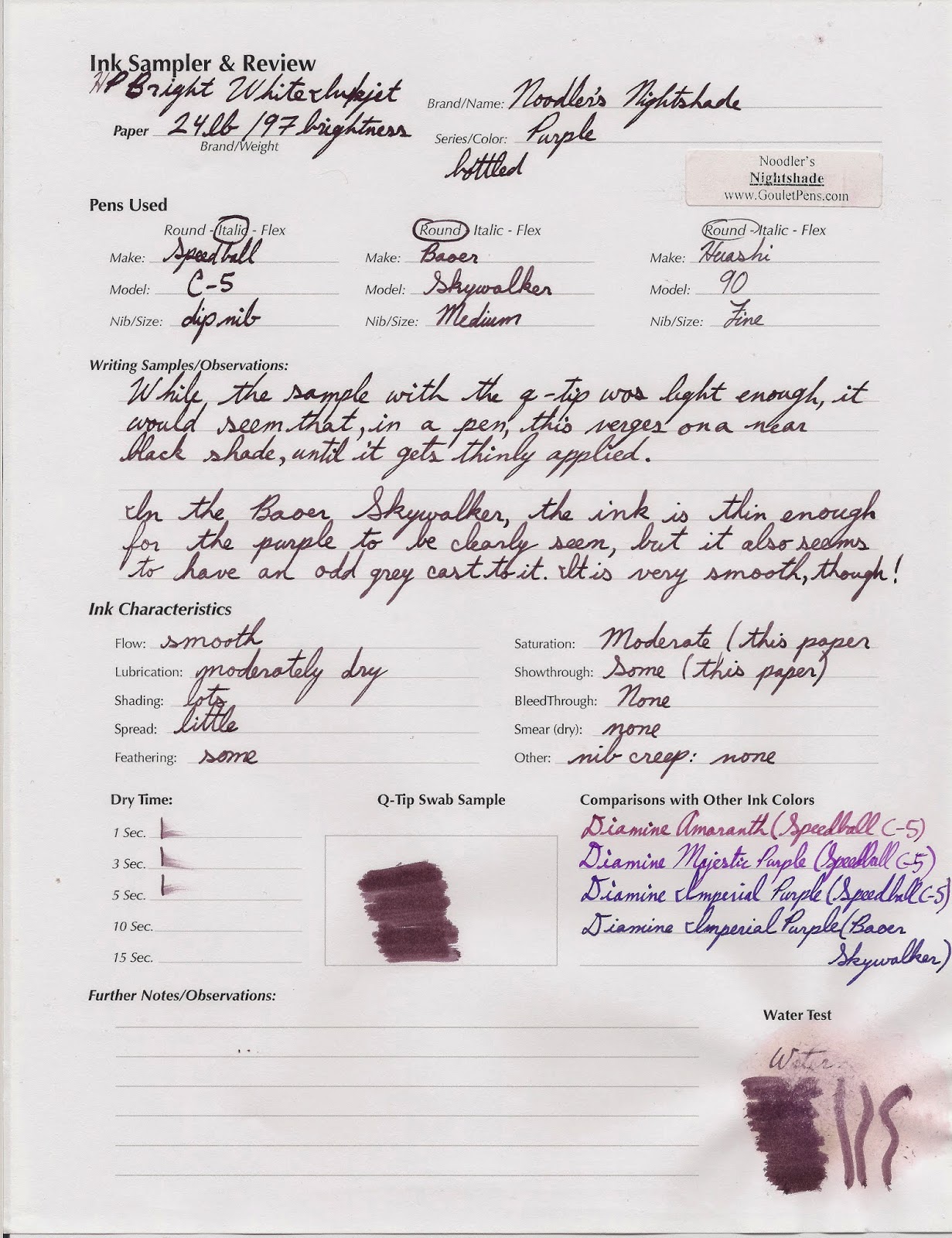