If you ever wondered, whether making a standard Russian Caravan black tea blend stronger was possible - I can safely say, now, that it is. Carävan is unlike any Russian Caravan blend I have ever tried before, and now we have the review so that you can learn about it!

Russian Caravan has traditionally been a blend of oolong, keemun (a Chinese black tea), and lapsang souchong (a Chinese black tea smoke-dried, which carries much of that smoke flavor within its leaves). While the addition of teas other than lapsang souchong to the Russian Caravan blend tend to mellow it, as the smokiness decreases, Andrews & Dunham have taken it to another level. In the smell of the leaves alone, it seems to me that Carävan has more smokiness and more robust aroma than the standard Russian Caravan. 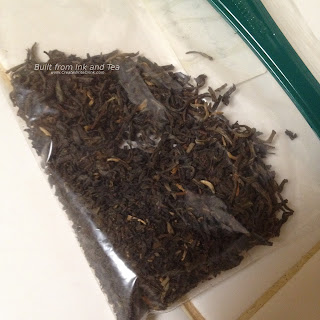 Andrews & Dunham recommend steeping a teaspoon of this tea for four minutes in eight ounces of just-boiled water. I doubled that, using two teaspoons in a two-cup teapot. Boom! The aromas coming from the teapot prop-open my tired eyes by themselves. The standard Russian Caravan smell seems to be intensified with something sharper, something more malty, something I would say was "harsher," if that did not sound so negative. 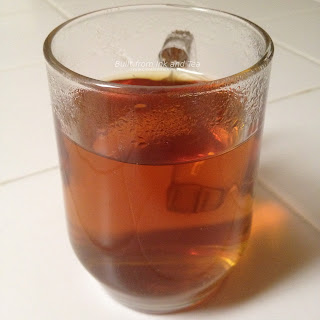 Sip number one and the tea roars over my tastebuds. The smokiness is not as intense in the body, unlike what I had anticipated. It does, however, fill the mouth and linger in the aftertaste. The body tastes primarily like a surprisingly-smooth black tea; that maltiness I mentioned earlier really only settles on the back of the tongue. Initially, I felt that it would be strange to term this tea "dynamic," but it does seem as though the tea brings good complexity and character to the cup. 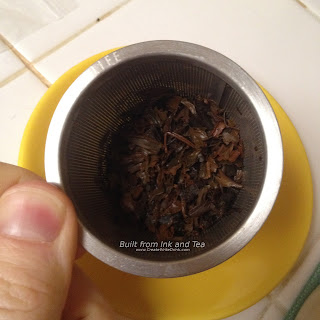 As far as Russian Caravan blends go, this one tasted great! It is certainly one of the best I have ever had. On my personal enjoyment scale, I would rate Carävan a 94/100. If you like your black teas with smokiness, then Carävan is for you.

It is worth noting that Carävan was removed from the Andrews & Dunham lineup for a time, but it is once again available, rebranded as Carävan Resurrected. My understanding is that the underlying tea blend is the same.