My reactions upon opening the package of Pu Erh Tahiti from Adagio Teas and smelling it: "Mmmm, tropical...whoah! Earthy!" Reviewing this tea with a friend, we both had very different reactions to the smell of the dry leaves...one of us enjoyed it, the other loathed it. Yet both of us agreed that it was an intriguing mixture of flavors, for a tea, and looked forward to actually tasting it. 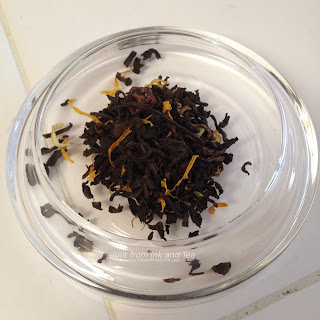 The tropic aspects of Adagio Teas' Pu Erh Tahiti come from a mixture of dried coconut, coconut flavor, mango pieces, and papaya flavor. For color, Adagio has added marigold flowers, and to add a touch of sweetness, apple pieces have been included. The base tea is of course pu'erh. 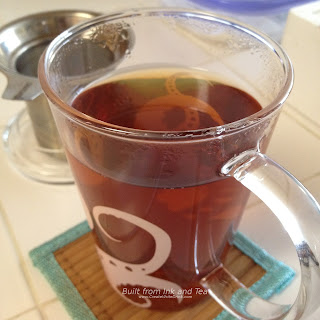 In my twelve ounce mug, just-boiled water and a tablespoon and a half of tea come together for five minutes to steep this cup of tea. The end result smells...well, it smells like earthy-fruit. The mango and papaya are very prominent, but their aromas have been darkened by the dark, wet smell of pu'erh. I cannot say I would ever have thought to mix these, but it seems to work (at least from the aroma). The flavors seem muddled, like the blend is too much of a mix of different things, which slightly work against each other. The aftertaste clearly carries the fruit, but with the initial sip I roll the tea around my tongue, and fruits jump out every once in a while, yet the coconut and pu'erh seem to meld into light-yet-earthy notes that do not emphasis the best of either of the components. 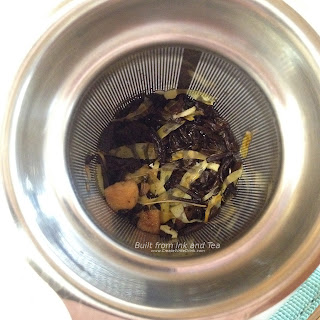 I also tried brewing this tea and putting it over ice. The fruit still carries most of the flavor, and the pu'erh is even less noticeable. I would rate this tea an 81/100 on my personal enjoyment scale. In some ways, I like it, and I will certainly keep drinking it and experimenting with different brewings, yet I do not think I would re-order it, and I am on the edge of not necessarily having liked it. Withdrawing the coconut might help. Alternately, I would have used another black tea, instead of pu'erh. 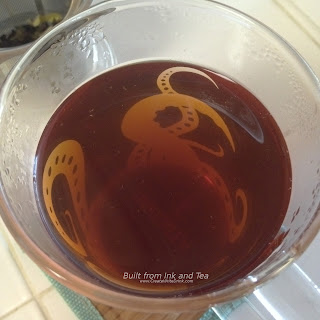