This week's review will certain turn heads, as it brings a combination of two foods, rarely seen together, and adds their flavors to a hot drink! 52teas' Pineapple Bacon Rooibos simply sounds very, very strange, until the realization that this is the forte of 52teas - taking flavors from the world, never before consumed in a hot beverage, and blending them with tea! (See last week's review of 52teas' Butterbeer black tea.) That said, I tend to enjoy most rooibos, so I figured I might like this one (bacon being another favorite flavor, while pineapple is simply okay). 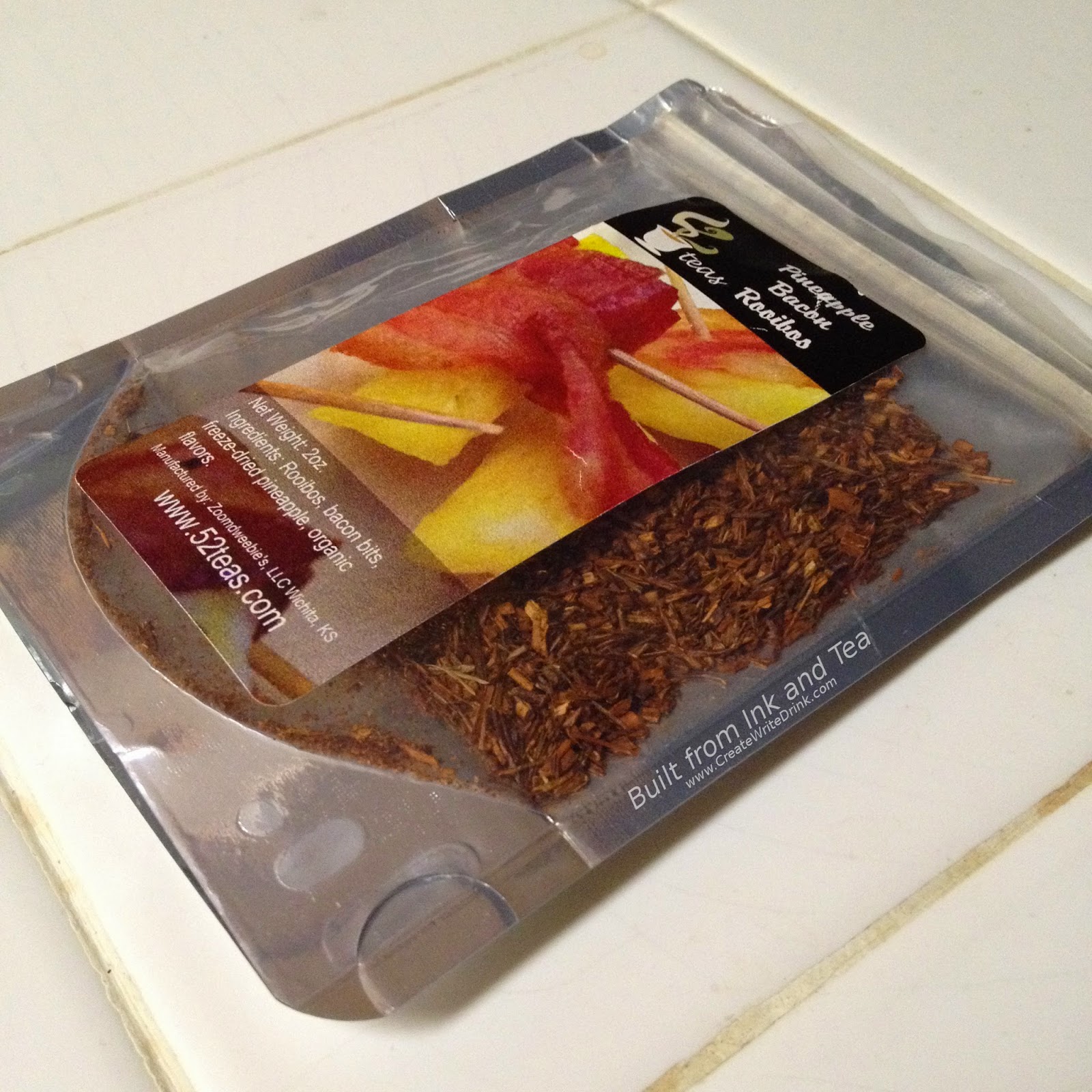 Measuring about a teaspoon and a half in to the filter for my twelve ounce mug, I boiled the water and, when it finished, immediately poured it over the rooibos. The smells that wafted from the mug intrigued me. Before becoming too distracted, I set a timer for seven minutes. Returning to the mug, I took another smell. The scents of pineapple were very noticeable. They reminded me of pineapple juice, from a fresh pineapple - sweet, just the slightest hint of sticky, but not cloying or syrupy. Rooibos was also present in the aroma, underlying the pineapple, pleasantly. But what about the bacon? The aroma contained only a little bacon smell. A slight saltiness with a whiff of the barest meat, like bacon bits, spread through the rooibos. At this point, the timer had ended, and I was very excited to try the pineapple bacon rooibos. Even after seven minutes, the flavors of the rooibos blend seemed mellow. On a sweetness level, the pineapple was no sweeter than the base rooibos, so the overall blend was rather light. The initial tastes were definitely pineapple and rooibos, coming together pleasantly. At first, I could not notice the bacon in the flavor. Then, I realized that the bacon was there, but it tasted very subtle. One could just barely detect it in the body of the flavor. Where it came through more prominently was in the aftertaste. While that sounds strange, it was not that the aftertaste was purely bacon. Rather, the flavors spread across the tongue, and hints of bacon were left, along with the pineapple and rooibos. Rooibos tends not to have a strong aftertaste, so the remaining flavors primarily involved pineapple and bacon, the sweetness of one balancing the saltiness of the other. I was pleasantly surprised at how well it worked. 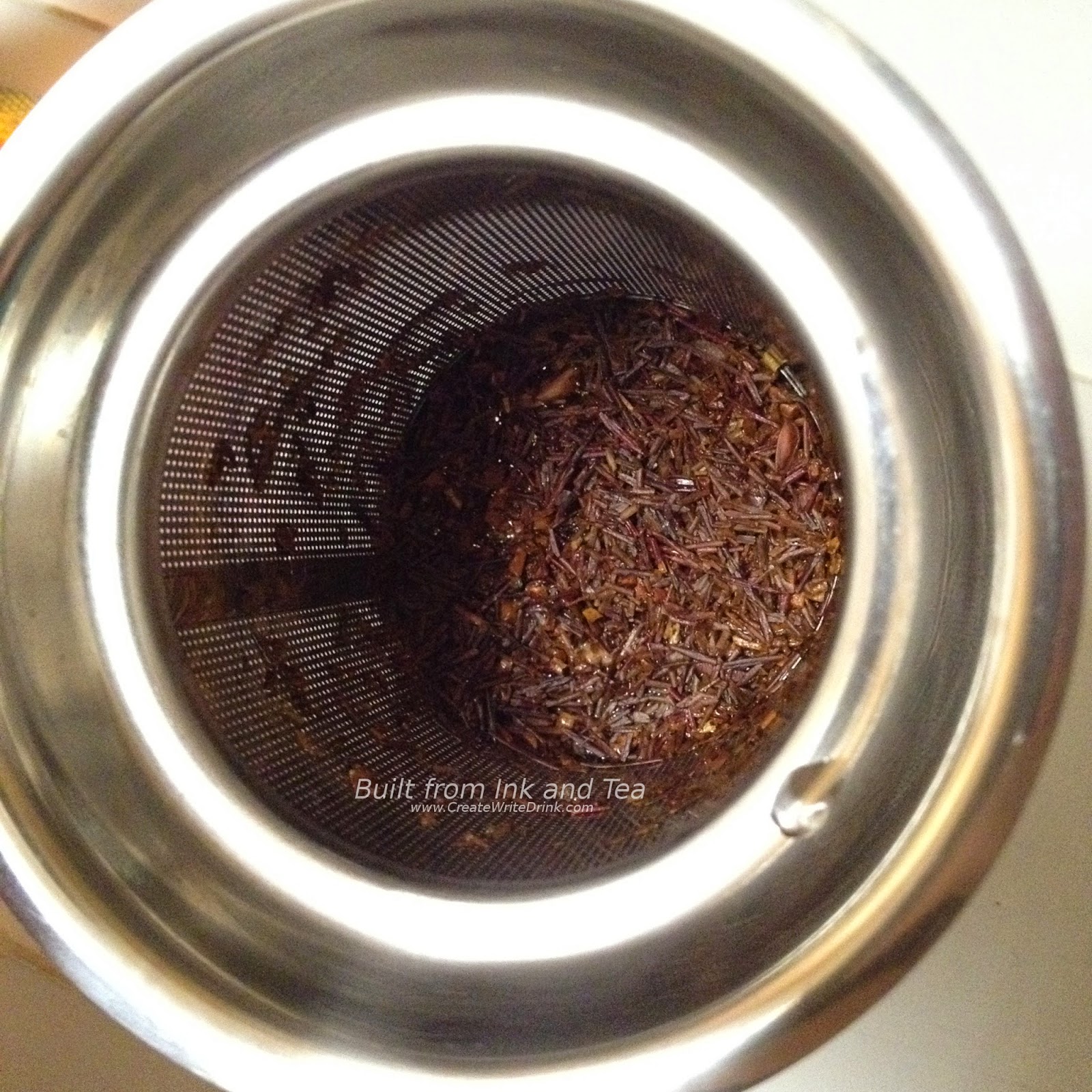 Well done, 52teas, for tackling this blend and coming out on top. On my personal enjoyment scale, I would rate this rooibos an 86/100.