Recently, the weather has quite warm, where I live. On top of that, work (no, not writing for all of you!) has been heavy. Stress on the mind leads to a strain on the body's immune system, so I was looking for something to boost my body's defenses on this Tea Review Tuesday. DavdsTea's Secret Weapon white tea is not a new offering of theirs, but this is its first time being featured here on Built from Ink and Tea. Taking into consideration all of the above, I will be reviewing it both hot and cold. Enjoy! 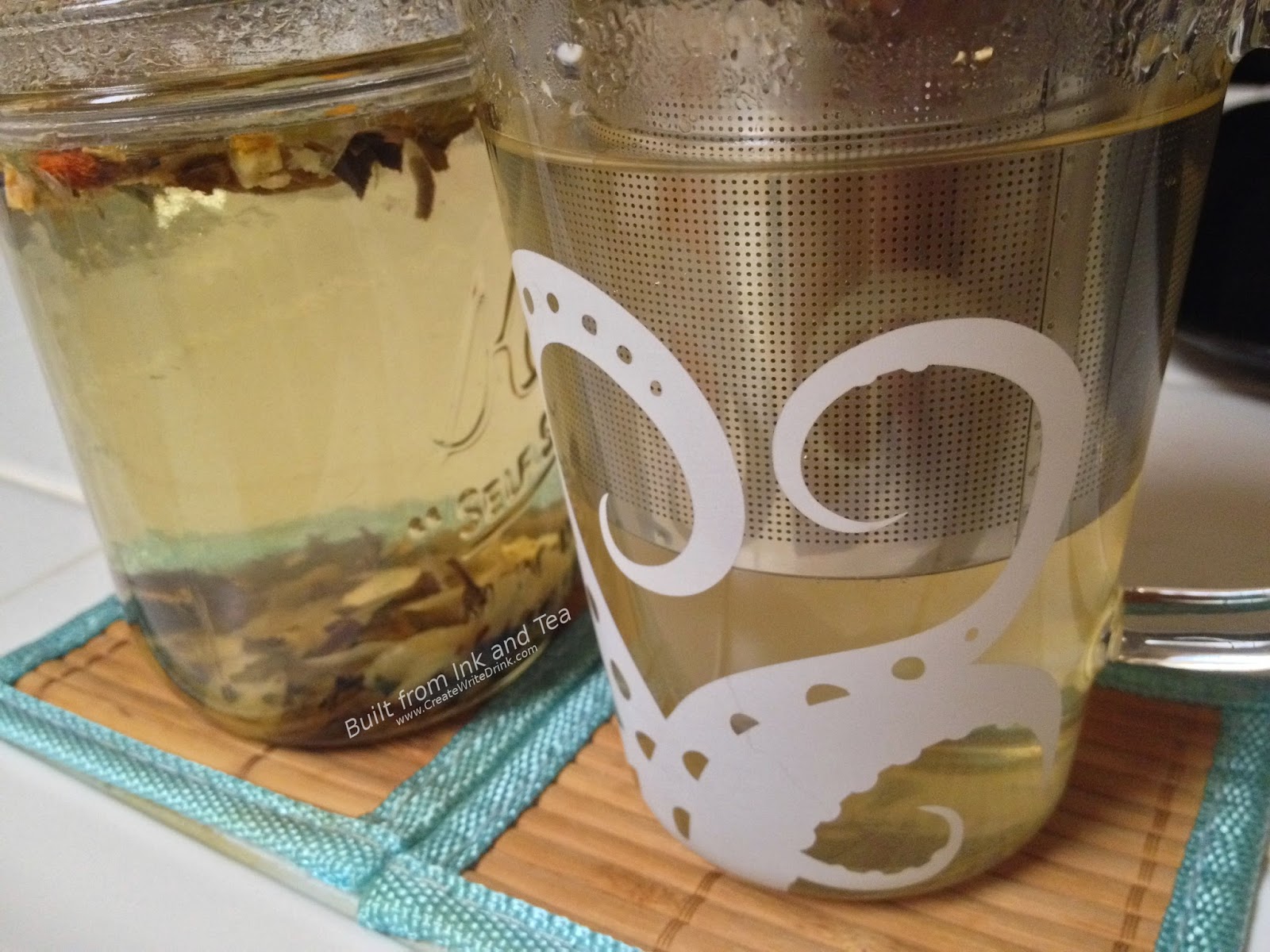 I began the adventure of tasting the Secret Weapon by preparing two mugs. One was a twelve ounce mug with slightly more than two ounces of the tea blend in it. The other was a two cup mug in which I placed three ounces of the tea blend. The latter mug will be steeped longer and used for the iced tea. Heating the water in an electric kettle until I saw bubbles the size of shrimp eyes, per traditional Chinese methods for boiling water, signifying my preferred temperature for the water I use on white tea. The suggested steep time is four to five minutes, so I set a timer to five minutes for the steep of the cup to drink hot. 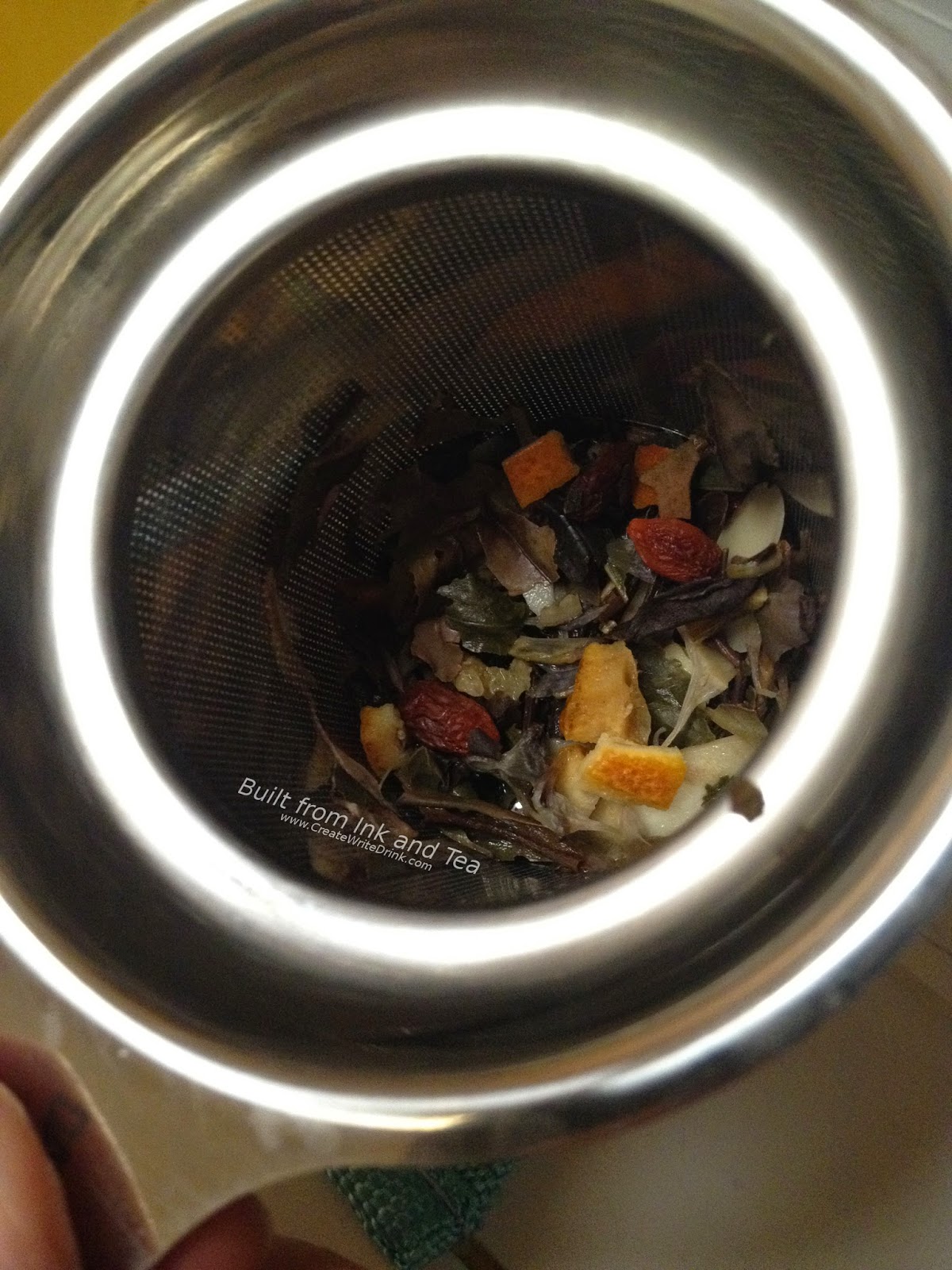 Five minutes provides a solid length of time for the steep of my hot cup of tea. From the DavidsTea website, I had read the somewhat-eclectic group of ingredients including Bai Mu Dan white tea, goji berries, cocoa nibs, and licorice root. The licorice root sold me, and yet, taking my first sip, cocoa immediately manifests itself. But the aroma! Hints of the white tea provide a background to a delicious and aromatic mixture of berry and cocoa. The licorice root is there, but I wish it were more present. Going back to drinking, I wish the same thing. All together, though, these flavors merge well, and I find myself drinking the cup faster, spending less time to savor the flavors. The aftertaste is cocoa again with a hint of berry and licorice. I wonder, if this tea would be improved by having less cocoa flavor, which seems fairly dominant.


The iced cup has been steeping for a solid twenty minutes. Straining the leaves from the tea, transferring the liquid to another cup, and adding ice, I give it some time to chill. When it is ready, and I lift the mug for a drink, I immediately notice that the aroma of the goji berries is stronger than in the hot mug. Likewise, their flavor has become more prominent. The previously-almost-overwhelming cocoa is less-overwhelming, now, with the growth in strength of other flavors (especially the goji). When steeped long enough, it would seem that Secret Weapon makes a tasty iced tea!


While I sometimes balk at the mixtures and combinations that DavidsTea crafts, I believe they have done a great job with their Secret Weapon white tea blend. On my personal enjoyment scale, I would rate it an 85/100. 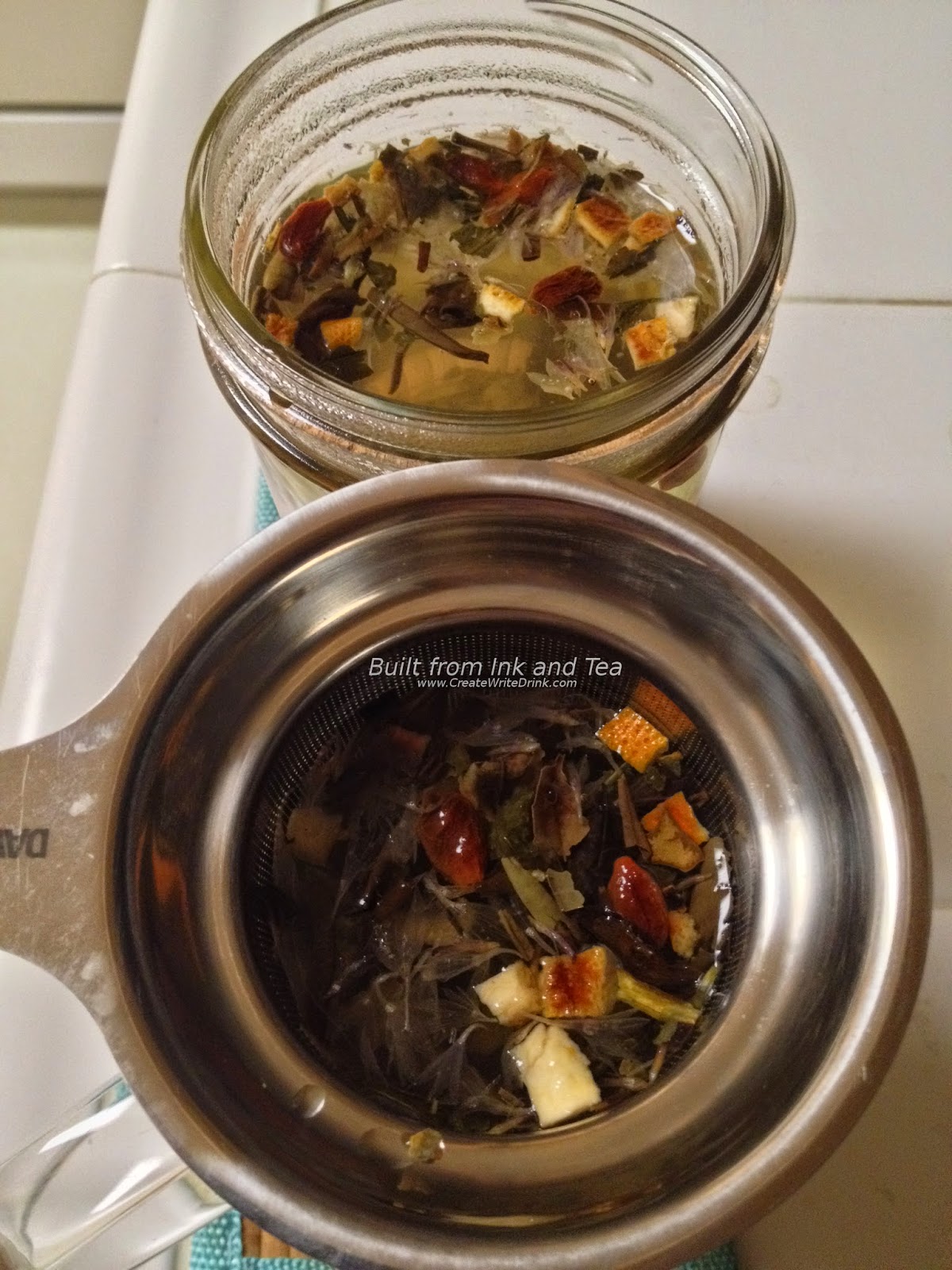